Review: Disney adaptation ditches the songs and could no longer easily pass as a family film 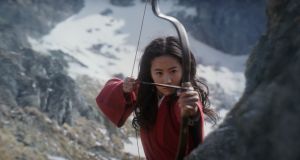 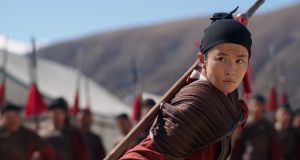 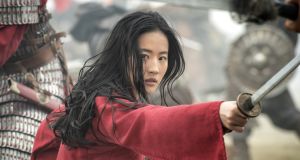 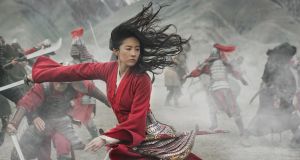 When the cultural history of lockdown comes to be written, the latest Disney live-action remake will feature prominently. Many other significant releases have been delayed. Some more have been nudged into alternative platforms. But Mulan was the only such high-profile feature to receive its red-carpet premiere – and a few press screenings – before being pulled and (as it now transpires) directed towards the Disney+ service. Confidence was high. Few saw this coming.

The film turns out to be an odd beast. No harm in that. The weakest of Disney’s retooled hits (cough, The Lion King, cough) have done little more than slavishly translate the story from one medium to another.

Ditching Eddie Murphy’s talking dragon, much of the comedy and all of the songs, director Niki Caro gives us a 12A wuxia with more empowerment than disembowelment. The violence does not give One-Armed Swordsman any run for its money. By comparison, even Tom and Jerry seems like a blood-fest (actually it sort of was that, but stay with me). It is no longer easily recognisable as a family film. Nor is it a grown-up action film. Perhaps they have found a middle way.

You already know what Mulan is about. The Chinese-American star Liu Yifei plays a young woman, daughter to an ailing dad, who poses as a man to help repel northern invaders to her Wei-era village. Caro has made the puzzling argument that she ditched the songs because she was taking a more realistic angle than that of the 1998 cartoon.

“We don’t tend to break into song when we go to war,” she said. This is still a world in which evil Gong Li (awesome as ever) can turn into an eagle and marauding forces, employing entry-level Wire fu, can walk straight up city walls. The odd warble wouldn’t be so out of place.

What we get is a beautifully shot, impeccably tidy, borderline bland hurtle through the already familiar plot. Mulan’s bumbling comrades are sufficiently Disney-familiar for us to imagine them played by bears, rabbits and warthogs. “I don’t care how she looks. I care how she cooks,” one says of his ideal date, prompting the protagonist to suggest that women should be smart, courageous and funny. They laugh, but we suspect they’ll be munching their words before sundown.

Liu Yifei is spirited enough. The score adapts the original music subtly. Mandy Walker, gifted Australian cinematographer, finds sufficient wriggle-room within the format’s constraints to paint some delicious pictures. But one yearns for a little more of the pantomime malignity that Gong Li brings to her fearsome antagonist. “Not witch . . . warrior” she corrects somebody who uses the wrong w-word. Yes, ma’am. Sorry, ma’am. Won’t do it again, ma’am.