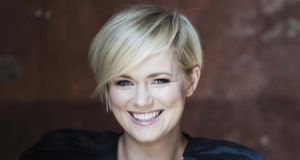 Cecelia Ahern says she will be working with Nicole Kidman on a TV adaption of her next book, Roar, a collection of 30 stories about 30 women.

The Irish author and the Australian actor will be executive producers of the series, whose showrunners will be Liz Flahive and Carly Mensch, the creators of the Emmy- and Golden Globe-nominated Netflix series Glow, who have also written for Orange Is the New Black, Nurse Jackie and Weeds.

The book, which is due to be published on November 1st, is billed as a look at the “sometimes comic, always moving look at the guilt, joys, humiliation and triumphs that define the modern woman’s experience, including the private moments when she feels the need to roar”.

Its television version will follow film adaptations of two of Ahern’s novels – PS I Love You and Where Rainbows End, which became Love, Rosie – and several other series, including the award-winning Samantha Who? Ahern, whose books have sold more than 25 million copies, also won an Irish Book Award in 2014 for her novel The Year I Met You.

Roar is being coproduced by Ahern’s Greenlight Go Productions and Kidman’s Blossom Films, one of the makers of Big Little Lies, the hit series starring Kidman and Reese Witherspoon.