Review: Poignant moments act as reminders to appreciate what you have when you can. Grace, ever the professional rascal, seems aware of it too 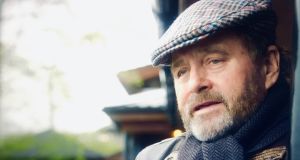 Brendan Grace: The documentary he set out to make, before discovering his cancer, is dedicated to people with dementia

It is a striking intercession, because he does so from his hospital bed in Galway, where he would die three days after filming had finished. “Hiya folks,” he says, making it clear that he is not composing his own eulogy, “this is Brendan Grace here, not as well as I usually am.” The documentary he set out to make, before discovering his cancer, is dedicated to people with dementia, he tells us; hence the title. “I’d like to be here when it’s over,” he says. “But I don’t have to be in better condition, you have to.”

It’s hard to say if producer and director Brian Reddin’s three-part documentary changed tack when Grace became ill, because the entertainer’s plans for a concert in the Olympia Theatre this summer already had the shape of a career retrospective. The song he recorded with the Forget Me Nots, an uplifting dementia-inclusive community choir, was The Dutchman, a tender ballad freighted with one man’s fading memory and one woman’s stoic support. It’s poignant to see archive footage of Grace as a much younger performer, singing the lines, “Long ago I used to be a young man/ And dear Margaret remembers that for me.”

Here, Grace is inclined to remember deep-rooted relationships, approaching former collaborators Sandy Kelly, Foster and Allen, and, more surprisingly, Lisa Lambe, who performed on his variety show as a child.

Perhaps all footage has become more precious since his passing, but the film includes each of Grace’s approaches; if anyone minds being asked on camera if they will participate in his concert they don’t show it. Grace is unapologetically sentimental in his outlook to a point. “It’s great, nostalgic, there won’t be a dry eye in the house,” he tells Tony Allen and Mick Foster, before reaching for something to cut the treacle. “You can f**k off now.”

The documentary folds in snapshots of the Forget Me Not choir itself, interviewing its founding figures and present members who find community and succour in its songs. Take Carmel Murphy, endearingly more interested in its capacity for devilment than harmony: “I haven’t got a singing voice,” she confesses. “The rest of the family got my share.” Sometime later in the programme we hear from her son that Carmel died.

Such moments are poignant reminders to appreciate what you have when you can. Grace, the professional rascal, seems aware of it too. For all the “take-my-wife” thrust of his henpecked humour, a nostalgic throwback itself, his relationship with Eileen is unswervingly affectionate, a model of support.

And, when thoughts of mortality arise, unprompted, he mingles his belief in the project with gratitude for a blessed life. “I think this is going to hammer home the importance to people of dementia,” he tells the camera. “Life has been very good to me, my family life has been great – did you ask me that question, no?” Fortuitously for the documentary, he continues nonetheless. “You don’t hear people say, ‘I’m content’,” he reasons. “I’m content. Thank god.”

Róisín Murphy: If I want to be famous I can just go to a gay club
7