Radio Review: Classical music station fulfills its public broadcasting remit with variety and wit – why is it under threat? 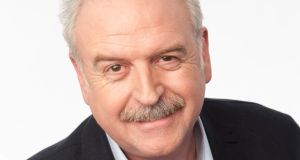 Whelan sounds in his element at “the Ploughing”

Sitting on a park bench some years ago, I overheard a casual but nonetheless striking chat between two late middle-aged men of deep Dublin stock. Their exchange, with due apologies to Roddy Doyle, went something like this:

– I’ve been listening to that station, Lyric FM, a fair bit recently.

– Yeah. I’m enjoying it. I wouldn’t have paid much attention to classical music before, but it’s really good, very relaxing to listen to.

This brief conversation stuck in my mind as an everyday example of how supposedly elitist art, in this case classical music, can resonate with any person, once the opportunity to experience it is there. (It may stick in the reader’s mind as a warning not to discuss anything within earshot of this reviewer, but that’s another story.) Such moments provide powerful real-life validation of Lyric’s public service broadcasting mission, particularly with the station’s closure now being mooted by management at cash-strapped RTÉ.

Such a move seems like a spectacularly short-sighted act of fiscally-driven philistinism, depriving licence payers of a radio station without solving Montrose’s deep-seated financial problems. Even so, leaving aside the quibble that a reconstructed conversation between two men hardly constitutes a representative sample, it’s worth checking how Lyric fulfills its remit of bringing so-called serious music to the public.

Unsurprisingly, with the axe hovering, the mood among Lyric’s presenters isn’t especially relaxed, with even the terminally laid-back Marty Whelan betraying flashes of anxiety. Broadcasting from the National Ploughing Championships on Wednesday (Marty in the Morning, weekdays), Whelan has a larky chat with meteorologist Evelyn Cusack, bonding over their shared fandom for Van Morrison before exchanging gifts. Cusack gives the host a “limited edition Met Éireann pen of 10,000”, while Whelan hands over a bog-standard biro. “We don’t have any money in RTÉ,” he explains. “Come to Met Éireann,” says Cusack. “I’m hoping not to be looking for a job,” Whelan forlornly replies.

Otherwise, Whelan sounds in his element at “the Ploughing”, working the crowd like a pol on the stump. He compliments a boy, Alfie, on his name, before adding: “I’ve a dog called Alfie.” He wonders at the diversity of the crowd: “Are there any farmers here at all?” In between, he plays everything from Neil Young to easy listening Latin to The Lonely Goatherd from the Sound of Music.

While Whelan’s show isn’t an obvious gateway to highbrow culture, his self-consciously corny patter, bizarre quips and defiantly unfashionable tastes nonetheless mark him out as a distinctive presence on Irish radio. And when he chooses to reveal it, Whelan has a didactic streak, pondering the influence of Tchaikovsky on film composer Ennio Morricone, though the presenter can’t resist calling the latter “Eamon Macaroni”. Then again, the Italian soundtrack maestro is famous for his spaghetti western themes.

If Whelan’s daft antics can sound incongruous on a station allegedly given to symphonic music, Niall Carroll’s Classical Daytime (weekdays) provides reassuring solidity, if not stolidity. A former newsreader, Carroll combines his pleasant on-air manner with a “just-the-facts” approach, not unlike onetime Lyric stalwart Eamon Lawlor, himself a former current affairs anchor. Carroll’s selection of excerpts, movements and arias from the canon is livened by the odd outlier, such as the “iconic” soundtrack to Game Of Thrones. It’s safe, unsurprising fare, but undeniably soothing.

In her previous Lyric roles, Liz Nolan has sounded so chirpy that the cheesiest pop jock might think she could tone it down. But on The Full Score (weekdays), Nolan marries her enthusiasm with her musical knowledge to appealing effect, as she introduces complete symphonies by Mozart and Beethoven. As with much of Lyric’s daytime schedule, there’s a sense of avoiding the obtuse or challenging at all costs, but crucially, Nolan also allows easy access to the rich world of classical music in a way unheard on any other homegrown channel.

As it is, unexpected bursts of cultural stimulation are dotted throughout the station’s programming. Lorcan Murray’s Classic Drive (weekdays) acts as an unthreateningly middle-of-the-road bookend to the day for tired commuters: a 2FM veteran like Whelan, Murray has his chatty spiel down pat. But Murray’s show also carries Luke Clancy’s consistently absorbing Culture File slot, which this week examines “the threatened child in Victorian literature” in the company of UCD lecturer Ailise Bulfin. What should be a rarified subject turns into an intriguing discussion on the persistence of the imperilled infant motif in modern horror films and Nordic TV drama. That Lyric itself is itself in peril only adds to the slot’s relevance.

Such moments point to Lyric’s real value, the offbeat pleasures that pepper its programming, often in the quieter corners of the schedule. Nocturnal presenters such as Bernard Clarke, Ellen Cranitch and John Kelly (see Radio Moment below) guide their listeners through lesser-heard musical waters with expertise and aplomb. Meanwhile, The Lyric Feature (Sunday) regularly takes esoteric cultural subjects and turns them into arresting radio. Last weekend’s documentary, The Woods And Grandma, follows composer Cal Folger Day as she transforms a vintage radio interview with Lady Gregory’s granddaughters into an opera, while the recently-broadcast No Journey’s End has producer Paul McDermott retracing the picaresque life of innovative street musician Michael O’Shea to fascinating effect.

There’s an irony that Lyric’s wildly diverse output makes an easy target for executives only interested in slashing costs. It is, by design, a minority interest station, albeit one that’s open to everyone, from concert hall regulars to classical ingénues and casual listeners. Contrast that with ratings-chasing sister channel 2FM, which blasts out a narrow diet of pop music similar to numerous commercial channels, but isn’t in the crosshairs of the Montrose mandarins. That Lyric is even considered for closure makes a mockery of RTÉ’s claim to be a public broadcaster. Time to face the music.

Radio Moment of the Week: Has anybody there heard Kelly?

As uncertainty whirls around Lyric FM, John Kelly has been dealing with the subject in his customary wry fashion. Kelly’s evening show Mystery Train (Sunday-Thursday) is arguably the jewel in the station’s crown – fans include Cerys Matthews and Elvis Costello – pulling together a dizzying variety of genres from past and present, linked by style and theme. Unsurprisingly, some of Kelly’s choices speak to the atmosphere at Lyric, such as Prince Buster’s ska classic, Enjoy Yourself. Lest anyone miss the point, Kelly later repeats the song’s fatalistic chorus: “Enjoy yourself, it’s later than you think”. Hopefully it’s not too late.