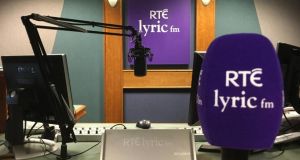 Lyric FM: RTÉ plans to save money by moving the station from Limerick to Dublin and Cork. Photograph: RTÉ

The composer Bill Whelan has criticised RTÉ’s plans to move Lyric FM from Limerick, saying the classical station is “exemplary in offering the Irish public a window into the kind of music that is not pushed by commercial or corporate vendors” and costs relatively little to operate in the city.

The broadcaster intends to move Lyric FM to studios in Dublin and Cork as part of the cost-cutting measures announced by Dee Forbes, its director general, last week, under which it aims to save €60 million over three years.

The Riverdance composer, who is one of a group of prominent arts figures to call for the station to stay in Limerick, says nobody can understand “what kind of dither-brained thinking firstly threatens to sever this valuable vein entirely and then, in some dizzy response to the inevitable recent public outcry, thinks retreating back to the safety of Donnybrook and repositioning RTÉ Lyric FM away from its Limerick homeplace will solve the problem”.

Beating up on the little guy shows neither bravery, ingenuity nor leadership. It is an act of blind desperation rather than a policy grown out of calm strategic thinking

Broadcasters are facing challenges as the old models crumble, Whelan says, but “beating up on the little guy shows neither bravery, ingenuity nor leadership. It is an act of blind desperation rather than a policy grown out of calm strategic thinking.”

More than 200 people took part in a show of support for Lyric FM yesterday at the Irish Chamber Orchestra’s studio on the University of Limerick campus; the crowd at the event, which used the hashtag #KeepLyricInLimerick, included the orchestra, members of Limerick choral groups and students at the Irish World Academy of Music and Dance.

The protest coincided with a Dáil debate on funding for public-service broadcasting at which Fianna Fáil’s arts spokeswoman, Niamh Smyth, asked why RTÉ at first ignored and then rejected, when it became public, a “visionary” offer from the University of Limerick to give the station a home on its campus.

Senior production staff at Lyric say that because RTÉ decided only at the last minute to move rather than close it, “there is no strategy for the station’s future”. The staff, who are concerned that Lyric could become a largely automated service, point out that RTÉ hasn’t disclosed the argument against moving to the University of Limerick campus and say that an engineer who worked on similar projects estimates that dismantling the studios will cost between €700,000 and €1 million.

The director of the city’s Lime Tree Theatre, Louise Donlon, says the closure of Lyric’s Limerick studios would be “an enormous loss to the entire region”, as the station is at the heart of its cultural life. “If this is allowed to happen, balanced regional development will be unimplementable and will mean nothing.”

The Irish Chamber Orchestra’s chief executive, Gerard Keenan, fears a potential vacuum in the city. Lyric and the orchestra are integral to Limerick’s cultural life, he says, “sharing classical music with the widest possible audiences on the airwaves while integrating with communities and the arts citywide”. He adds that the orchestra is dismayed at the proposed fragmentation of Lyric, calling it “short-sighted, with a long-term negative impact both culturally and economically”.

Lyric FM has celebrated all that is great about amateur and professional activity. I am certain that its location has contributed to this awareness of life outside the capital

Drogheda Classical Music’s artistic adviser, Pauline Ashwood, says: “Where most national print media has reduced its commentary and promotion of the arts, RTÉ Lyric FM has continued to celebrate all that is great about amateur and professional activity,” big and small. “I am certain that its location in Limerick has contributed to this necessary awareness of life outside the capital.”

Chamber Choir Ireland’s chief executive, Majella Hollywood, says Lyric is “the beating heart of cultural life in Ireland, introducing non-classical music fans to a whole new world of classical, jazz, trad and much more, and taking classical-music fans down alternative musical pathways”. It also provides both Irish professional performing ensembles and amateur musicmakers with a broadcast platform. “RTÉ Lyric FM is the most highly defined form of public-service broadcasting this country possesses and a treasure that should not be silenced.”

Fergus Sheil, the artistic director of Irish National Opera, says Lyric is “an indispensable partner” to “bring the very best of Irish operatic talent to audiences” and reach a multiple of his opera company’s live audience, contributing to value for money for State support for opera in Ireland.

Wexford Festival Opera’s new artistic director, Rosetta Cucchi, says Lyric gives the festival “the chance to be heard and known everywhere through its programmes and recordings. The teamwork between us will always remain one of the most important strengths that allows our festival to be internationally recognised.”