The arts board: a way to give something back that pays biscuits

Cultural institutions need board members, and it can be rewarding (just not financially) 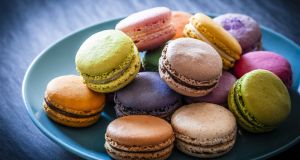 Most cultural boards are unpaid, and the best you can hope for are some half-decent biscuits. Photograph: iStock

As the cliche goes: if you like being on committees, you shouldn’t be on committees; but the first time I was asked to go on the board of a cultural institution, I was flattered. The request touched that core of self-importance we all have, no matter how much we may claim to be unafflicted. They need me, I thought, not just anyone, but me.

“You won’t have to do anything,” I was assured, which dented the flattery somewhat. It also didn’t take me long to realise that, as all cultural organisations applying for public funding need a board of directors, and that there are an awful lot of said organisations, you don’t have to stand still for very long before you get nabbed.

The composition of many boards can look like the cast list for a murder mystery – one of those country house ones where they’re all snowbound and then suddenly the lights go out. Ideally you’ll have someone with a legal background, someone who knows about finance, a HR or corporate type, a PR person, and if you’re lucky, someone who has a lot of money, or access to loads of people who do. The “fun” can start as some of these struggle to understand the not-for-profit sector, its shoestring systems and seat-of-the-pants way of making sure the show goes on.

All this came to mind when I read the news that Kevin Rafter has been announced as the new Arts Council chairman, replacing Sheila Pratschke for a five-year term. Rafter, who is head of the school of communications at DCU, is no stranger to committees; he’s also on the board of the Galway International Arts Festival, the expert advisory committee of Culture Ireland and the compliance committee of the Broadcasting Authority of Ireland.

He either likes committees, or he may be one of those altruistic people who want to give something back.

Not for the money

The money is unlikely to be a motivation. While the Arts Council chairperson gets €8,978 for their time, and is also entitled to expenses (outgoing chair Pratschke claimed €7,472 in 2017), most cultural boards are unpaid, and the best you can hope for are some half-decent biscuits. The expenses are necessary. As chairman, Rafter will have to go to a lot of stuff. When he gets there, he’ll have everyone staring at him. He’ll be sucked up to, and bitched about behind his back. He’ll also be damned for speaking out in an organisation not always renowned for being a happy ship, and damned for keeping silent.

But if giving something back is Rafter’s motivation, he’ll have ample opportunity, for although it is Arts Council director Orlaith McBride’s job to actually run the place, the chairperson can do an awful lot of policy shaping. Their effectiveness, on any board, depends on how well they get on with the chief executive. That relationship is key, and while some are fractious, others can be so cosy that so you don’t get that necessary testing of big decisions before they’re made.

The different cultural backgrounds can be a problem, too. I remember trying to explain to one tax exile, who used some of his permitted days in Ireland to advise the art magazine I worked with that, yes, we could make more money if we wrote about interiors and design, but that wasn’t really the point of us. At another organisation, it was assumed that “my people” could organise extraordinary events in wonderful places. I would try not to look too helpless and hopeless as I repeated to the assembled captains of industry that “my people” was me.

The situation is different in the US. There, a seat on the board offers massive amounts of cachet, and the motto for board members is: Give, Get or Go. You may be expected to endow the organisation with tens of millions of dollars (as was the case when Ronald S Lauder gave MoMA $65 million in one donation alone). But Ireland is a smaller society and, with the exception of a glittering and possibly misguided few, you don’t have to buy your way into gallery openings or theatre first nights; enthusiasm for the art form is usually enough.

But if you really do want to give something back, cultural institutions need board members, and with the exception of those boards that seem to be forever miserable despite changes in personnel, it can be highly rewarding. You’re there to ensure that no one’s trading recklessly, and it’s up to you to see that systems are in place so that no one gets bullied, exploited or otherwise justifiably dismayed.

Beyond that, you also get to feel that warm glow, not when someone is flattering your pride by inviting you on in the first place, but for being close to that space where creativity happens, and maybe even helping it along the way. After my first experience, I felt, for a long time, that boards were not for me. But I’m back on one again now: Emma Martin’s dance company, United Fall. And no, I don’t get a fee, or expenses, but the biscuits are good, and the work? Her work is sublime.

Bearman of Buncrana: not the odyssey into rural Ireland’s heart of weirdness we wanted
5