Two exhibitions at this year’s festival, from May 1st-31st, address the referendum on the Eighth, while others look at life from different social and personal perspectives 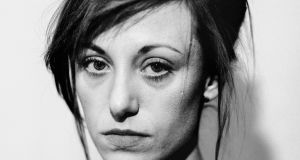 From Laia Abril’s On Abortion 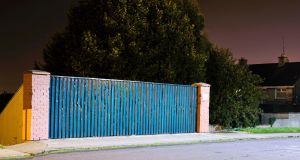 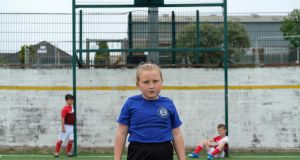 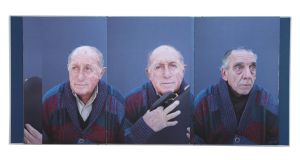 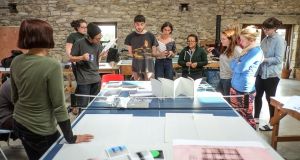 There is no overall guiding theme to this year’s PhotoIreland photography festival but, perhaps not surprisingly, two of the headline shows address issues relating to the impending referendum on the Eighth Amendment. Laia Abril’s On Abortion (at the Copper House Gallery, St Kevin’s Cottages, Dublin, May 4th-31st) is the first chapter of a visual research project, A History of Misogyny. In On Abortion, Abril’s careful, detailed work detects a continual tendency to erode, limit and control women’s reproductive rights, a tendency that is not restricted to any one society or regime. The material that she has exhaustively gathered – objects and documentation of myriad kinds – makes for a powerful installation, first exhibited at the Les Rencontres d’Arles photography festival in 2016, and published in book form by Dewi Lewis.

A History of Misogyny sounds like a daunting project in several ways, not least the sheer scale of the subject. But Abril, although young (she was born in Barcelona in 1986), already has an exceptional record in addressing big and difficult subjects – eating disorders, for example – with great energy and investigative zeal. She initially studied journalism, and then photography at the International Photography Centre in New York. She is quite clear in stating her view that women are put at risk in several ways because of “lack of legal, safe and free access to abortion”. Rather than being, say, a general assertion of women’s rights in the form of a protest, On Abortion is a subtle, complex examination of the realities surrounding abortion in contemporary societies. As Abril maps out the situation, women are hemmed in on two broad fronts.

On one there is, broadly, the institutional apparatus of state and religion authorities; on the other, vitally, the invisible but equally potent network of social pressures, the “stigmas and taboos” that isolate individual women. Worldwide, women are variously silenced, criminalised, forced underground and all too frequently die. For another section of On Abortion, Las 17, Abril approached 17 women in El Salvador who were convicted of homicide and sent to prison after suffering miscarriages. Abortion was made illegal under any circumstances – including risk to the life of the mother – in El Salvador in 1998. On Abortion is disturbing, at times harrowing, and quietly devastating.

Sarah Cullen developed You Shall Have Exactly What You Want (on view at The Library Project, 4 Temple Bar, Dublin, May 6th-20th) as her photography BA project at DIT. In setting out as she does to convey the experience of those in Ireland faced with crisis pregnancies, her concerns overlap to some extent with Abril’s, but her approach is rather different. Where Abril looks to documentary material, Cullen tries to visualise “a psychological landscape”, offering a subjective, internal perspective. She uses the domestic space as a metaphor for order, familiarity and comfort and then proceeds to unsettle this space. Forensic clarity of detail alternates with complete uncertainty. Things blur to vagueness and suddenly materialise. The images are supplemented by textile banners, referring to women’s historical use of banners in protest marches, and including one held by participants in the Abortion Rights Campaign’s March for Choice in 2017.

The two other main exhibitions relate not to abortion but to other aspects of life, each in their way significant and compelling, embracing respectively the social landscape and the intensely personal. Originally built in the 1970s as a means of addressing a deficit in social housing, Moyross estate in Limerick gradually became synonymous with antisocial problems, from minor vandalism to serious gang violence. A regeneration and redevelopment scheme was finally initiated towards the end of the first decade of the century. Limerick-born Jamin Keogh’s Moyross Study (at The Library Project, May 25th-June 24th) does not take an entirely benign view of the regeneration scheme.

In approaching the estate, his point of reference was the Marxist sociologist Henri Lefebvre’s celebrated work on social space, The Production of Space. Lefebvre argues that in an urbanised society – and pretty much all societies, he had previously suggested, are urbanised – space is a social product, its character determined by a number of interests, values and limitations. Potentially productive, a nominally social space may simply express the power of dominant interests. Keogh does not set out to illustrate a thesis. There are intimations of productive space in his Moyross photographs, but they are tentative, and uneasy, and he captures those qualities very well.

Argentinean-born Mariela Sancari and her twin sister were never allowed to see the dead body of their father. They are not sure why. It could, she records, be for Jewish religious reasons, or it could be because he committed suicide but, as she writes: “Thanatology asserts that not seeing the dead body of our beloved ones prevents us from accepting their death . . . Not seeing him has made us doubt his death in many ways.” Perhaps, they thought, it was all a mistake and one day they would encounter him walking down the street.

Sancari was living and working in Mexico City (where she’s been since 1997) when she came up with a radical solution to the problem, one that has echoes of one of artist Sophie Calle’s projects. Using an old family photograph of her father, she placed a classified ad, asking men of her father’s age to contact her if they felt they resembled him. She got many replies. Then she added another request. Would they be willing to dress in her father’s clothes and be photographed? Again, many were. The resultant photographs – “a typology of men in their 70s”, as she says – are portraits, but there is something odd, even a bit unsettling about them, and perhaps their genesis explains why that is so. Published as Moisés (her father’s name), the work attracted great acclaim when it was published in 2015. (Her exhibition is at the Instituto Cervantes, Lincoln Place, Dublin from May 3rd-31st.)

May 10th sees the launch of Daragh Soden’s book Toulon at The Library Project. The volume forms part of a collection of “travel notebooks”, Portraits de Villes, published by the design studio, publishers and creative lab be-poles (Paris and New York). Made to a uniform and highly attractive format, each volume assigns a photographer to a city. The photographers are chosen because the publisher likes their work, so they are essentially free to get on with it. Presumably be-poles saw Soden’s widely exhibited Young Dubliners series. He also picked up an award last year at the Hyères fashion and photography festival.

Thirteen artists whose work involves photography will assemble at Rathfarnham Castle, Dublin for a three-week residency. The idea is that the artists work collaboratively and individually for 12 days and exhibit the results of their labours. One of the attendant artist facilitators will be Laia Abril (joined by Robert Ellis and Cathy Fitzgerald), so the bar is set pretty high. The timetable is May 5th-27th.

For further information on these and other exhibitions and events in PhotoIreland Festival 2018 see festival.photoireland.org

Colin Farrell: ‘I was such a pisshead and a druggie I didn’t have many friends’
7

Lady Gaga: Chromatica review – A star is reborn in this return to fully fledged pop
8

Fintan O’Toole: Bono at 60 – Why is Ireland so ambivalent about its most famous son?
10