60 years ago, Delaney’s play ‘A Taste of Honey’ brought working-class realities to the stage 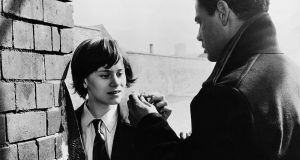 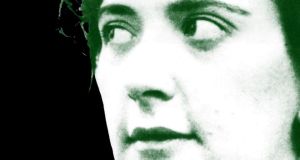 When Friedrich Engels penned his Condition of the Working-Class in England in 1844, examining the wretched conditions of England’s working class slumdom, he found Salford to be “one large working-men’s quarter”, and a place where Irish accents filled the miserable and polluted air. A century later, it remained shabby and positively Irish. While the age of industrialisation had brought mills, factories and chimneys in abundance to Salford, by the 1930s many sat idle, peculiar relics of the past on the urban landscape of a city with some of the highest unemployment levels in all of Britain.

Sheila Delaney arrived into the world on November 25th, 1938, the daughter of a bus conductor and the proud granddaughter of Irish emigrants, perhaps changing her name to the more Irish sounding “Shelagh” for that reason. This year sees the 60th anniversary of her breakthrough play, A Taste of Honey, among the most influential of the kitchen sink realist dramas that brought working class realities and struggles to the stage in Post-War Britain. It was the theatrical age of the so-called Angry Young Men, with Delaney emerging as the Angry Young Woman of the time.

In an Irish context, it remains an understudied work of a proud member of the diaspora. In summing up her own work for the Times of London in 1959, Delaney maintained her success owed much to the simple fact “I write as people talk”, and therein was the magic. Yet while its language was relatable to the working class, its central subjects were very much taboo.

A play that dealt with issues like teen pregnancy, single motherhood, homosexuality and interracial relationships, it shocked and appalled some, including the British Arts Council, who believed it to have been “dashed off in pencil in a school exercise book by a youngster who knows practically nothing about the theatre and rather more about life than she can at present digest . . . Miss Delaney writes with the confidence of sheer ignorance.”

It was a shocking dismissal, perhaps only matched by Brendan Behan’s reference to “some schoolgirl b*****ks about a mother and her daughter’s black bastard”. Both Behan and the Arts Council would change their tunes.

Central to the stories of both Behan and Delaney was Joan Littlewood, the maverick theatre director who used her Theatre Workshop to champion working class talent and to provide a space for politically radical theatre. Littlewood didn’t only nurture promising plays, she also shaped promising playwrights.

Behan proved particularly challenging; she later remembered that “I was so angry with Brendan for dying that I felt like kicking that coffin.” Behan came to Littlewood a prison-hardened IRA veteran long familiar with the barstools of McDaid’s, Delaney was a mere 19 when her manuscript arrived on Littlewood’s desk, along with a note asking her to read and comment on it, “because no matter what sort of theatrical atrocity it might be, it isn’t valueless so far as I’m concerned”.

Delaney had been moved to contact Littlewood after attending a play, telling her that “a fortnight ago I didn’t know the theatre existed, but a young man, anxious to improve my mind, took me to the Opera House in Manchester and I came away after the performance having suddenly realised that at last, after 19 years of life, I had discovered something that meant more to me than myself”.

Littlewood instantly recognised the potential of the work, remembering it as having “an adolescent contempt for logic or form or practicality upon a stage”. To Littlewood, it was wrong that “it has been alleged against Shelagh that she wrote down the first thing that came into her head. But this is her great achievement.” It had a certain rawness, not unlike that of Behan’s works that she so admired. After a Littlewood reworking of sorts, A Taste of Honey debuted in May 1958 at the Theatre Royal in London’s Stratford East. Within two years, it would arrive on Broadway.

A Taste of Honey tells the story of 17-year-old Jo, a working class Salfordian whose relationship with her mother, Helen, is fractious to say the least. When Helen departs to begin a relationship with a new partner, Jo begins a relationship with Jimmy, a black sailor who impregnates her before departure to sea. In the absence of Jimmy, Jo finds friendship, solace and comfort in Geoffrey, a homosexual acquaintance who serves as something of a surrogate father. Here we have questions of class, race, sexuality and more besides put before the audience.

The play made people uncomfortable, which is exactly why it found its natural home with Littlewood’s company. The Theatre Workshop, which she had founded with her then-partner Ewan MacColl, was committed to building a popular form of theatre both for and about the working class. Within its lengthy MI5 surveillance files, it was described as “a communist controlled dramatic group specialising in the production of left-wing plays”. For once, the synopsis was perfect. As James Smith notes in his history of state surveillance of British writers, “a mention of [Delaney] in a newspaper article was clipped, annotated, and entered into the Theatre Workshop file.”

Delaney’s breakthrough work won her many fans, including the initially unimpressed Brendan Behan, with Behan’s wife Beatrice hounded by the press who sought evidence of romance between the playwrights. Behan was nearing the end of a lifelong (though a short life) battle with the pint glass, but such media rumour did no harm for any reputations.

If one thing bound Behan and Delaney it was a strong working class identity; none could doubt her when she told the cameras for ITN that the praise of local bricklayers and cleaners meant more than any accolades the theatre world could offer.

Tony Richardson took A Taste of Honey and created a Bafta-winning film in 1961, with Rita Tushingham making her screen debut as Jo. The cinema offered new possibilities for the text, with Salford’s northern industrial landscape an overwhelming and important presence throughout. 1961 also saw the play performed in Dublin’s Garrick Basement Theatre in Parnell Square, where it ran for a staggering 116 weeks, and seen by some 80,000 people. This was an age when the Pike Theatre was raided by Gardaí for use of a condom onstage as a prop, yet Delaney’s play seems to have escaped the panicked moralists.

The years that followed brought more work from her, including the 1960 play The Lion in Love, screenplays such as The White Bus and several radio plays. The core theme of A Taste of Honey, of working class resilience, remained throughout her work.

In the 1980s, her work was championed by The Smiths frontman Steven Patrick Morrissey, himself a product of the Irish migration to northern English cities that so influenced Delaney’s work. Delaney would grace the cover of Smiths single Girlfriend in a Coma and the compilation Louder than Bombs, while some of the most evocative lyrics from Morrissey’s pen were lifted almost verbatim from A Taste of Honey, including “the dream has gone, but the baby is real” and “I dreamt about you last night, and I fell out of bed twice.” Delaney sits second perhaps only to Oscar Wilde as a clear influence over much of Morrissey’s output, in a lineage of influences he has always worn proudly.

Shelagh Delaney died in 2001, days short of her 73 birthday. Some considered her star to have dimmed after A Taste of Honey, but her collective body of work remains an important exploration of what it meant to be young and marginalised in post-war Britain.

‘A Taste of Honey’ will be screened at the Irish Film Institute on Monday, April 23rd at 6.30pm