Best theatre: You’ll dig Peat and be held captive by The Examination

A witty play about weighty matters; and a prison drama drawn from real life 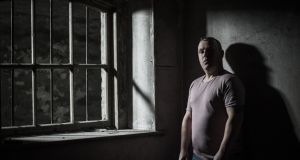 The Examination draws from real testimonies from current and former prisoners

It may also be the experience of their creator, the writer Kate Heffernan, whose work thus far in playwriting, programme editing or poster design has always managed to dig deep with a winningly light touch. Her new show, Peat, started out as the excavation of another idea involving the Great Irish Elk, proud creatures who went extinct 10,500 years ago, and resurfaced, finally, in a bog on the east coast of Ireland.

Over the course of four years, that tentative project plumbed deeper, to consider big ideas about life and death, time and history, climate change and extinction. Encouraged that audiences aged eight and upwards were up for such conversations, the next task was to give complex subjects a clear theatrical handling. Now collaborating with Tim Crouch – an artist as well regarded for alternative theatre as his intelligent, irreverent work for younger audiences – Heffernan finally premieres Peat, a witty play about weighty matters, performed by two characters partly inspired by the mordantly funny gravediggers in Hamlet. For those familiar with Heffernan’s work, to call this production eagerly awaited is an understatement. To newcomers, I think you’ll really dig it.

The Examination
Project Arts Centre, Dublin. Feb 28-Mar 2 7.30pm (Sat mat 2.30pm) €18-€22 projectartscentre.ie
“The degree of civilisation in a society can be judged by entering its prisons,” wrote Fyodor Dostoevsky, the author of Crime and Punishment. Taken to be executed, under the tsarist regime, for belonging to a secret literary society, but sent at the last moment to a labour camp in Siberia instead, Dostoevsky knew whereof he wrote. Now, during a time of increased scrutiny for conditions in Irish prisons, the contemporary theatre company might return another judgment on the treatment of prisoners in Ireland with an attention both medical and ethical.

Drawing from real testimonies from current and former prisoners, The Examination, from co-directors Gary Keegan and Feidlim Cannon, explores the healthcare in Irish prisons. As a subject, that might strike you as particularly niche: it was developed over a year under the auspices of the Wellcome Trust charity, at UCD’s School of History, as part of a project exploring healthcare and prisons over more than a century. But neither the subject (as relevant as ever during a narcotics epidemic) nor the theatre company (restless in its discovery of vivid new methods) are likely to let any dust settle on the matter. As one prisoner featured in the show reflected, “Should I be punished? Of course. But do I deserve my human rights? Absolutely I do.” There stands the challenge to a humane society, one that can’t expect rehabilitation without the assistance for recovery.