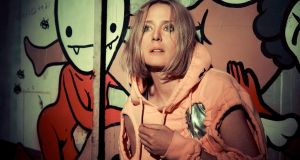 “I’m crying a lot, tiredness. I feel like I’m banging my head against the wall. I make good and surprising records, I kill myself to make visual, in which I prove it’s about ideas and soul because god forbid anyone should give me a budget. But I get indifference in the industry,” reads a tweet from July 4th by performer Róisín Murphy, revealing the personal and financial struggle that many artists are currently experiencing.

“I need support of some kind, I need the office work done upfront, I need others to work just a fraction as hard as I do. These things aren’t there, the more you do the more they expect you to do. I’m taken for granted. I give up. No more I can do on 56p no, no more.”

With a singing career spanning 23 years, starting out with Moloko and eventually moving on to her solo career, Murphy has lived through the plush times of the music industry and is now surviving the downtimes, brought on by the decrease in music sales and the increase in our pop culture consumption.

Artists everywhere are under pressure to do more and more, either in albums, worldwide tours, make-up lines or sponsored social media posts for detox tea. In other words, musicians can’t be just musicians anymore; they need to be full-time brands and Murphy is right to call out the changing shape of the industry.

Seeing the droves of diehard Murphy fans flock to her set at Dublin’s Longitude Festival in 2016 while The National played the main stage, there is no doubt that the singer from Arklow, Co Wicklow, has a fanbase.

Experimental, eccentric, profound and sincere, her music gives space for kindness, indulgence and mindless dancing. Having a fondness for decadent aesthetics, much like Grace Jones, Murphy dances to electro and disco deep cuts in haute couture pieces with a full band backing her up.

Her refined and designer Club Kid style adds to her multifaceted art-pop show, running through songs from 2005’s Ruby Blue, 2007’s Overpowered, 2015’s Hairless Toys and 2016’s Take Her Up To Monto, and creating an atmosphere of adoration. And there’s the disconnect. For an artist that is so loved by her fans, one who constantly surpasses the frontiers that she had previously set on past albums, to feel like she can’t keep up is a wake-up call.

In the many replies of support to her tweet, we saw DJs such as Today FM’s Kelly-Anne Byrne say that she plays her music every week on her show The Beat Goes On and artists such as Garbage, Miaoux Miaoux and Ireland’s own Bitch Falcon chimed in with heartfelt encouragement.

Others suggest that she set up an account with Patreon, a subscription-based service that lets fans fund artists, and while that’s a good, short-term incentive, it’s like suggesting that we should all emigrate if we want jobs or money. It doesn’t solve the problem, it just delays or exports it.

Surviving as a musician shouldn’t mean working a megalomaniac schedule that only reaps a small amount in royalties from streaming services. There is a need for change in the music industry and as Murphy once sang, The Time is Now.