Notes to Self: Essays by Emilie Pine – Startling essays on addiction, infertility and rape

Review: Emilie Pine’s shocking force shines through in the kind of book you want to give to everyone 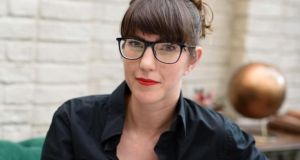 Book Title:
Notes to Self: Essays

“By the time we find him, he has been lying in a small pool of his own shit for several hours.” Summoned from Dublin to Corfu General Hospital after their father’s collapse, Pine and her sister have been travelling for 24 hours. Bewildered and exhausted, they look for help but nobody speaks English. When they finally find someone who does, “‘There are no nurses,’ she tells me. An older man leans over. ‘Without your family here, you die.’”

Notes on Intemperance is the first of six deeply personal interlocking essays that form Notes to Self. Its unsparing examination of Pine’s relationship with her father, Richard Pine, reminds me of Scott Russell Sanders’s essay Under the Influence – there is no self-pity or justification in its calm excavation of the lasting damage caused to a family by addiction. But I could never imagine Sanders’s inarticulate alcoholic father giving his blessing to his son’s essay in the extraordinary way that Pine’s father does here. Not only has he read her essay before publication – when he wrote his own essay for The Irish Times in 2014, he sent it to Pine for her approval.

“It is hard to love an addict,’ Pine says but she can’t stop, “… the person who loves the addict exhausts and renews their love on a daily basis.” And yet they share this deeper painful preoccupation with truth, which they must express in writing. He warned her but it’s a truism that children don’t do as you say, they do as you do:

“When I was a child and Dad was beginning to struggle with the depression that has characterised his adult life, he made me promise that, when I grew up, I would not become a writer. I solemnly said the words. But inwardly I knew that I would do the opposite.”

The second essay, From the Baby Years, charts the gruelling process of trying and failing to conceive and the pain of miscarriage. The mood is different and it is perhaps more introspective yet equally raw and harrowing. “I quickly come to realise that infertility is a particular kind of loneliness.” But its central beat is still “the love” as Pine calls it when she describes the first awakening of her desire to be a parent:

“I watched as my friends answered the question with a ‘yes’ and became parents. I saw the shock on their faces, the tiredness in their eyes, the extraordinary range of emotions provoked by the new person they had made. And I saw the love.”

There is a lot to digest here: the love, the disappointment, the acceptance. Interestingly, hospitals are in the foreground again. We see hospitals from a different angle, several angles in fact. Pine becomes aware again of the chilling division between public and private medical care. If you want things to happen, you must pay – but what if, in the end, they don’t happen anyway?

Ireland’s draconian Eighth Amendment cast its long shadow, too, as Pine and R are kept in the dark about the loss of their foetus. Then the theme of not being taken seriously returns with shocking force in Something About Me – Pine’s wild teenage years living in London, playing truant, taking drugs, even taking to the streets for a while. When Pine confronts the older Irish man who raped her as a teenager on a sofa in a mutual friend’s flat, he said: “ ‘It’s just something about you, a vibe you give off.’ I kept that damaging explanation with me, inside me, for decades.”

Luck as well as a formidable strength and intelligence played a part in Pine’s rebirth as a serious academic. She still needs that strength and intelligence even now, when an older academic doesn’t know how to respond to her lecture on rape, “‘I find it hard to reconcile how you look and your manner with your subject matter. I mean you look ... I don’t want to use the word ‘cute’ but ...’ He trailed off.”

I’ve never read anything quite like these essays. Pine’s fluent intelligence flows through each question, each dilemma, in its own inimitable way. It’s the kind of book you want to give to everyone, especially young women and men, so that we can learn together to take ourselves and each other more seriously.