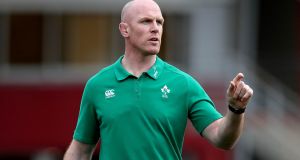 The festival – supported by Peugeot – is a series of online talks taking place from Monday July 13th to Thursday 16th.

They kick off by discussing how he and his young family “survived the apocalypse” down in Lahinch (very comfortably, he’s 2km from the beach and 2km from a golf course).

Then Clerkin asks O’Connell how he felt in 2013, his last world cup cycle. He talks about knee problems he was experiencing at the time after an infection the previous year. He talks about training while being aware his body was a bit “battered.”

At that point, keen to not overburden his knees, he became interested in GPS and what it can tell us about what sportspeople are actually doing on the field. Coach Jason Cowman showed him what he’d done in a match against Samoa according to a GPS tracker and how different that activity was from the training he wanted to do. He said: “The sessions you’re doing that give you the buzz you want don’t apply to rugby anymore.”

Now he’s evangelical about GPS and its role in training. Knowledge gleaned from it, he explains, can tell sportspeople the right training to do to maximise their game play and so that they don’t over-train. “It trains you to operate differently in training.”

“You can become a better rugby player with better habits by chasing some of the numbers on the GPS… It was a revelation for me… I think a lot of players are chasing the wrong metrics…. It [taught me] to rest and recover when the chance came and to be dynamic and powerful and to accelerate when the chance came as well.”

He used other techniques. He used visualisation. He talks about putting a towel over his head during massages and “try and visualise three really good tackles… I had a video of my best tackles I would watch.”

Some questions come in from the viewers. Of his Lions team mates who has he bonded with most? “Probably Mike Phillips. Like all Irish players I hated him before I got on the Lions team.”

How much truth has he found in the Ross O’Carroll Kelly stereotype? “I don’t know, I live in Limerick, so I probably haven’t experienced as much.”

Is his body a temple and does he ever have a spice bag? “I do have a spice bag. My body is not a temple…. I’ve really only going back properly training in the last year or so [but] I’ll never hesitate to indulge… If I’m ever out for a meal I always have a dessert… I think the rot hasn’t set in yet.”

Tickets for the rest of the festival are on sale at a reduced price of €20, which gives access to all remaining events. Click here and apply the discount code “summer20” before purchase to avail of the €20 price. For digital subscribers the discount will be automatically applied – just make sure you are signed in to The Irish Times before you click here.

Thursday, the final night of the festival, will include: former US ambassador to the United Nations Samantha Power; lawyer and former White House insider Melody Barnes (both interviewed by Fintan O’Toole); and musician Imelda May (in conversation with Róisín Ingle).

Ticket buyers receive a link by email on each day of the festival, allowing them to attend the events via their phone, tablet, laptop or desktop computer. 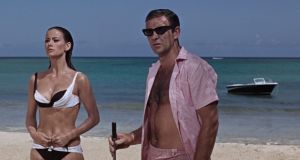