Neil Murray: On My Culture Radar 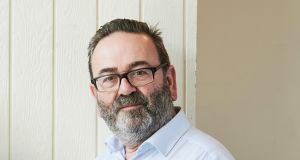 Neil Murray: I really loved ‘Derry Girls’. I thought it was brilliantly done

Current favourite book
I’m reading A Brief History of Seven Killings by Marlon James, which won the Man Booker Prize in 2015. It’s a Jamaican novel loosely based around the attempted assassination of Bob Marley. I’m a huge fan of reggae, so it’s great to have a novel that both gives an insight into Jamaica in that period and feeds into my love of reggae music. It’s written in patois, and it’s fascinating to have a novel written in almost the same way I listen to music.

Restaurant
There’s a great restaurant called Stravaigin in Glasgow. I go there with my kids, who live there. I’d recommend their nasi goreng, but they also do great fish. In Dublin I’m really loyal to 101 Talbot, which is close to the Abbey Theatre. The food is fantastic, the service is great, and it’s not crazy expensive.

Play/musical
The play that led me working in theatre is Accidental Death of an Anarchist, by Dario Fo, an Italian writer. I’d grown up in a town in south Wales that didn’t have a theatre, so I hadn’t been exposed to it before I saw that in London in the 1980s. I didn’t know what was I was going into, and it turned out political, urgent and funny. More recently, I loved Enda Walsh’s production of Ballyturk, which happened last year at the Abbey but was revived – I saw it again this year in New York. That production just seems to grow and grow. And I saw Tara Flynn perform Not a Funny Word, which in the context of the Repeal debate is an wonderfully honest piece of storytelling. I saw it last night and I’m still affected by it today.

Artist
I really love the Grayson Perry exhibition at the RHA, The Vanity of Small Differences. It’s an amazing set of tapestries based on a television series he did based on class. It’s a modern version of Hogarth’s A Rake’s Progress, the great sketches from the 18th century. The detail in the work is extraordinary, and the sense of storytelling is something that’s unique.

City
I’ve been in Dublin for two years, so I’ve loved getting to know it, and I’ve been lucky to go to New York quite a bit with work. But Glasgow will always have a huge place in my heart. I lived there for a long, long time. I love how its industrial past informs its vibrancy. It has its problems, but there’s a cultural energy around Glasgow which is extraordinary.

Actor
I can’t say any Irish actors, as I’ll get shouted at for not picking the right ones, but I really love Jeff Daniels: he’s a great stage and screen actor. And Alison Janney is wonderful on stage, TV and film too.

Podcast
I’ve been listening to the podcast called West Cork, about the Sophie Toscan du Plantier murder there in the 1990s, which remains an unsolved crime. It’s a 13-part series, talking to people who were around when it happened.

Social-media profile
I love the Irish Border on Twitter, which is incredibly perceptive about the issues post Brexit, but it’s witty and also really informed.

TV show
I really loved Derry Girls. I thought it was brilliantly done: the performances, the energy. Yes, it was really funny, but there was an amazing poignancy in how they were dealing with their situation. That’s been a recent highlight.

Film
I’m a huge fan of Wim Wenders, who directed Wings of Desire and Paris, Texas. But of this year’s Oscars crop I loved Get Out. I didn’t know too much about it when I watched it, and it brilliantly wrongfooted you as to what film you thought you were going to. The performances were stunning, and there was a real cleverness to the storytelling.