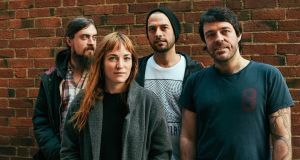 I was given a copy of Bright Phoebus on a burned CD a few years ago. That was the only way you could get it at the time as the rights to the album were caught up in a frustrating legal battle (that is unfortunately ongoing). I can’t believe I went so much of my musical life without hearing it. I had listened to all of The Watersons traditional folk recordings and was a big fan of their honest, unadorned vocal harmonies and delivery.

I had no idea Lal and Mike also wrote original songs. I was instantly obsessed. I think I played it on repeat for hours. I especially couldn’t get over how unique Lal’s songwriting was: really unusual scales and modes with sort of crooked structures, the chord accompaniment was just nicely off-kilter as well and the lyrics evoke some really stark, beautiful imagery. It all just sounded so heartbreakingly honest. It sounds like it’s been influenced by her rich immersion in folk and traditional song but it is totally a world unto itself.

As a complete album it works so well: the instrumental arrangements, the variety in tone, pace and mood. And it all has that rough-hewn, authentic Watersons edge, you believe every word they say and it’s all in their Yorkshire accents. It has enjoyed a resurgence in interest in recent years as Domino Records managed to re-release it last year. Unfortunately the records had to be recalled from sale as of a few months ago so it looks set to remain a mysterious rarity with a cult following. Which is a terrible pity, as it’s a bit of a masterpiece.

– In conversation with Niall Byrne