What trad music is on over St Patrick’s weekend?

A discerning programme over our national holiday weekend 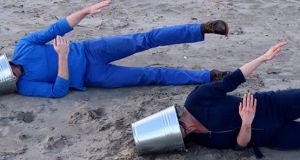 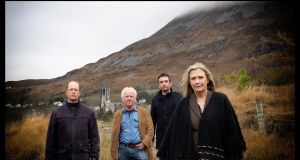 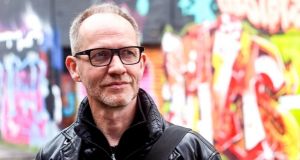 Iarla Ó Lionáird is part of the St Patrick’s Festival.

ST PATRICK’S FESTIVAL
Various venues, Dublin, until Monday, March 18th; stpatricksfestival.ie
It seems that we’ve finally reclaimed March 17th as our own, having hawked it to visiting marching bands with twirling batons for decades. This year’s programme is awash with imaginative programming, from the premiere of composer, clarinettist and all-round agent provocateur, Seán MacErlaine’s Terra Firmish, a work for dance, harp, clarinet, marimba, percussion, and electronics, inspired by a 10th century church on Inis Oírr to ABAIR, a programme of traditional singing and storytelling events curated by Macdara Yeates of Skippers Alley. The discerning programme will challenge much more than it will cajole us over our national holiday weekend.

AN EVENING WITH IARLA Ó LIONÁIRD AND STEVE COONEY
The Sound House, 28, Eden Quay 7.30pm €18 stpatricksfestival.com
While this evening’s performance by The Gloaming’s singer, Ó Lionáird and his regular compadre, guitarist and didgeridoo player, Steve Cooney is part of St Patrick’s Festival, it’s also an instalment in the occasional Culture Vulture series, hosted by Tony Clayton-Lea (of this parish). An opportunity to see and hear two exceptional musicians in conversation as well as in music, this evening’s gathering promises punters a closer peek into a world where musicians orbit one another and occasionally collide, with spirit-renewing effect.

ALTAN
St Canice’s Cathedral, Kilkenny 7pm €25 kilkennytradfest.com
This indefatigable Donegal band bring their eclectic selection of songs and tunes to Kilkenny Tradfest, before they skidaddle for Paris and St Patrick’s Day celebrations. Their most recent album, The Gap of Dreams, was a reminder of just how healthy the appetites of Mairéad Ní Mhaonaigh, Ciaran Curran, Martin Tourish and Mark Kelly are still for melding old tunes with newly composed pieces that speak so clearly of their north west roots.