The best pop and rock concerts to go to this week 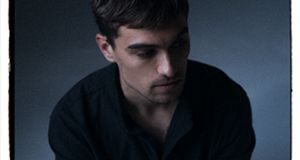 Vibe for Philo 2020
Whelan’s, Dublin; whelanslive.com
And still the love and admiration for Thin Lizzy’s Phil Lynott soldiers on. This is the 34th Vibe for Philo, an annual celebration/wake/convention of and for the man. The commemorative event began in the backroom of a Dublin pub and has since become globally recognised by anyone with an interest in Lynott and/or Lizzy. Usually, the special guests aren’t announced until closer to the event, but you can safely guess that due respect will be paid by established and emerging music acts. There will, of course, be an added layer of sadness here, considering that a staunch supporter of the festival, Philomena Lynott, died last year. The event is sold out. TCL

First Fortnight: My Story, My Song
Lost Lane, Dublin; firstfortnight.ticketresolve.com
First Fortnight, the arts festival that focuses on mental health as well as challenging mental health stigma through creative practices, presents an evening of performance, conversation and what their website info terms “personal sharing”. As yet, no acts have been announced, but we are told that a solid line-up of Ireland’s “leading musicians” will be performing cover versions of songs that have assisted them through testing periods of their lives. Prior to performing their chosen song, artists will also speak about its importance to them. Music soothing the troubled soul? Let’s all sign up for that, shall we? TCL

Dublin Bowie Festival
Various venues, Dublin; dublinbowiefestival.ie
Last year it was the 50th anniversary of Space Oddity, and now the focus of the ever-interesting Dublin Bowie Festival is the 50th birthday of The Man Who Sold the World (the album that, note Bowie experts, was the first real stepping stone towards fame for the songwriter). Although still without a major name sponsor (something we do not understand), the festival manages to piece together an interesting line-up of Bowie-centric events. The key event for nerdy Bowie fans (that is, those who can list the musicians and producers on the albums) will be well served on Sunday, January 12th, when long-time Bowie producer and confidante Tony Visconti, along with Spiders from Mars drummer, Woody Woodmansey, will be in conversation (with this writer) at the Royal College of Surgeons, 3pm. DBF runs until January 12th. TCL

BOGOFF
Róisín Dubh, Galway; roisindubh.net
Every Wednesday night in the Róisín Dubh is officially known as BOGOFF. What that translates into is that if you buy one drink, you get one free from their special Wednesday night menu. Not only that, but you get whopper tunes from Simon, Song and the Róisín Dubh DJs. If Wednesday nights out on the dance floor aren’t your usual thing, this might be the perfect time of year to sample what it’s all about. We’re still in silly season so all bets are off. LB

Glasshouse
Sugar Club, Dublin; ticketweb.ie
Staying with the Dublin Bowie Festival, this concert features an ensemble group of musicians that produce virtually bespoke concerts that, in the main, perform albums by other musicians/songwriters. Previously, they have presented reworkings of Sufjan Stevens’ concept album, Illinois, and Jóhann Jóhannsson’s Orphée. Tonight, however, the job in hand is David Bowie’s so-called Berlin Trilogy – the albums Low, “Heroes”, and Lodger. Ambitious? You bet, but Glasshouse are skilled at this sort of thing, so expect the best. TCL

LB Trad Thursdays at Lucky’s
Lucky’s, Dublin; Facebook link
Every second Thursday, Meath Street’s Lucky’s hosts Trad Thursdays, an event where everyone at any stage in their trad journey is welcome. Entry is free and a number of well-versed musicians will lead the session, so there’s “no slackin’” as they say on event page on Facebook. Beginners are more than encouraged to bring along their own instruments and organisers suggest a donation of one tune (or three) minimum to the evening. And if you can’t make this one, there’s always the next. LB

Train Room
On Friday The Grand Social, Dublin; grandsocial.ie. On Saturday in Castlebar, Co Mayo; bridgest.ie
We refuse to say anything remotely close to “full steam ahead”, but when it comes to Co Mayo-based Train Room (aka singer and songwriter Joe Monaghan) there is possibly no other way to spin it. Monaghan has been chipping away for several years, but last year his perseverance paid off when he signed a three-album deal with Swedish label, Ninetone Records. The first results from this is Train Room’s latest single, Tracks of Our Youth, which outlines Monaghan’s period of growing up in the Co Mayo town of Balla. As well as an airing of that song, expect also a preview of his forthcoming album at these gigs. TCL

Chewing on Tinfoil
Whelan’s, Dublin; whelanslive.com
Following a sold-out show at Dublin’s Grand Social venue a few months ago, Tallaght band Chewing on Tinfoil make a swift return to deliver once again their ska/punk mix. A Dublin band that doesn’t appear on any end-of-year lists, this bunch formed about 15 years ago, and make sporadic appearances here and in the UK. With a number of albums under their belt (we heartily recommend 2013’s Marrowbone Lane and 2016’s Moving the Goalposts), there is no shortage of set fillers. TCL

Rhys Lewis
Róisín Dubh, Galway; roisindubh.net; also Glassworks, Derry; eventbrite.co.uk
Oxfordshire-born Rhys Lewis contracted the songwriting bug at the age of 15, and 13 years later he is still suffering. Signed to Decca Records, Lewis spent a major part of last year doing two things: supporting US songwriter Julia Michaels during her world tour and prepping his debut album, which is scheduled for release shortly. From major venues with Michaels to much more intimate spaces in Ireland and the UK on his own – Lewis is clearly up for the challenge of looking at an audience eyeball to eyeball. His own take on his music? “If you’re a fan of Paolo Nutini and Hozier,” he informed the website musicmusingsandsuch.com, “then you might find my music bearable and, dare I say enjoyable.” Now you know. TCL

Holy Holy
Olympia Theatre, Dublin; ticketmaster.ie
There are tribute bands and there are tribute bands. By which we mean some are plain awful and vulgar, and some are as real a deal as you can get without the originators being involved. Holy Holy are something else, however, because they are a David Bowie tribute band that includes one musician (Woody Woodmansey, drummer in the Spiders from Mars, godammit!) and one musician/producer (Tony Visconti, a pivotal figure throughout Bowie’s career, from the late 1960s to his final album, Blackstar). The band are here as part of the Dublin Bowie Festival, which this year celebrates Bowie’s 1970 album, The Man Who Sold the World, which will be played in its entirety. Expect some Ziggy Stardust tunes to feature, also. TCL

An Evening with Shaun Ryder
Sugar Club, Dublin; sugarclubtickets.com
With Happy Mondays being the primary band in Manchester’s rave music scene in the late 1980s/early 1990s, Shaun Ryder was the movement’s leading figure. When that band split up, he founded Black Grape, another lairy group with a good line in surrealistic lyrics and tight-knit funk/pop. Tonight sees Ryder in a non-musical solo mode, as he sits back and is interviewed about those early Madchester/Hacienda days, his struggles with alcohol and drug abuse, his reforming of his two groups – each of which has performed in Ireland over the past year or so – his thoughts on creative endurance, and his appearance on TV reality shows such as I’m a Celebrity… Get Me Out of Here! and Celebrity Mastermind. TCL

District 8 presents: Sam Paganini
Jam Park, Dublin; eventbrite.ie
Italian DJ and electro producer Sam Paganini is a regular guest of District 8 and this is his long-awaited return to Dublin in the club night’s new space in Swords. Joining him on the night is the Italian psychedelic and acid house duo Boston 168, who will be doing a live set, and Irish DJ Yasmin Gardezi, whose performances at Boxed Off and Yurt City went down a storm. Tickets are priced between €15 and €30 and everything kicks off at 10pm. LB