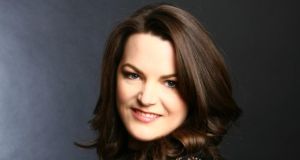 Chamber Music Gathering
National Concert Hall, Newman University Church, Dublin
The National Concert Hall’s Chamber Music Gathering brings together musicians from across the generations for a new year bash. The three concerts, each of which eschews works by women in favour of works by dead men, are spread over three performing spaces. The NCH’s Kevin Barry Recital Room at 11am is the venue for Beethoven’s String Quintet in C and Glazunov’s String Quintet in A, with completely different line-ups in each work. The NCH Studio has Schubert’s Octet and Rimsky-Korsakov’s String Sextet in A at 1pm. And the final concert, of Mozart’s String Quintet in D, K593, Hindemith’s Clarinet Quintet, and Tchaikovsky’s Souvenir de Florence, is in the Newman University Church on St Stephen’s Green at 4.30pm.