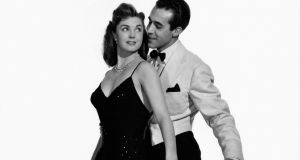 Although not a Christmas song per se, Baby It’s Cold Outside is an annual festive favourite. The call and response duet details a man trying to convince a woman to stay the night with him instead of braving the inclement weather outside, with the woman detailing all the reasons she shouldn’t stay over.

That the song could be read as a man coercing a reluctant woman into having sex with him has led it to be banned by many a radio station this year. Many find its lyrics to be inappropriate in the era of #MeToo.

The song has been described as a “rape anthem masquerading as a Christmas song” and a clear instance of “coercion not consent” being used.

The Irish season radio station, Christmas FM, has said it has removed the song from its playlist as “it doesn’t resonate well with listeners”.

However over the past few days many radio stations have been persuaded to drop its ban of the song due to listener feedback. The debate about the song’s meaning has also thrown up some new interpretations.

An ex-English teacher posting on Tumblr (@bigbutterandeggman) argues that “yes, by applying today’s worldview to the song, it does sound like a rape anthem but the song makes sense in the context of a society in which women are expected to reject men’s advances whether they actually want to or not. The woman is perfectly sober and about to have awesome consensual sex and use the drink (offered to her in the song) as plausible deniability because she’s living in a society where women aren’t supposed to have sexual agency .. It’s not a song about rape, it’s a song about a woman finding a way to exercise sexual agency in a patriarchal society designed to stop her doing so”.

The reasons given by the woman in the song (remembering it was recorded in the 1940s) are instructive. She says her parents will be worrying where she is, she wonders what the neighbours will think, she fears the reaction of her “maiden Aunt” and alludes to how society (then, if less now) viewed women’s sexuality - “there’s bound to be talk tomorrow”.

What the debate about the song’s appropriateness has shown is that there is a surface and a deep meaning to the lyrics. It’s a skilfully written song that works on more than one level – hence, perhaps the controversy over its meaning.

Baby It’s Cold Outside is not the only Christmas song under fire. The Pogues’ classic Fairytale of New York from 1987 has also been criticised. In the song Shane MacGowan calls Kirsty MacColl “an old slut on junk” to which MacColl replies that he is “cheap, lousy, faggot”.

Some feel the use of such a homophobic slur in such a popular staple to be unacceptable. BBC radio did digitally remove the terms slut and faggot some years ago when playing the song, but later reinstated them following complaints.

The counter argument is that MacGowan and MacColl are playing the part of two vagrant characters trading personal insults, and that is the context in which the offending terms should be appreciated.

The term “faggot” was used in a popular hit two years previously (1985) by Dire Straits in their Money For Nothing (I Want My MTV) song. In that context, it was used by a blue-collar worker looking on bemused at the fame and wealth of 1980s pop stars. When Dire Straits frontman Mark Knopfler now performs the song live, he no longer uses the term.

Christmas songs such as Baby, It’s Cold Outside and Fairytale of New York probably get scrutinised more simply because it is a festive time which is supposed to bring out the generous best in people. There can be a jarring effect when songs don’t reflect this.

Every iteration of the original Band Aid single, Do They Know It’s Christmas (there have been four to date) gets criticised for having a colonial western-centric viewpoint and for portraying the entire continent of Africa as being full of victims waiting for their white saviours. The clumsy, patronising lyrics have been acknowledged by co-writer Bob Geldof who has admitted “it is one of the worst songs ever written”.

Outside of Christmas songs, there is plenty to be getting on with in terms of inappropriate content in popular music. The genre is falling down with clear and open references to under-age sex, violent abuse and all manner of behaviour way beyond what would be now considered as inappropriate.

The Beatles – with a nod and wink – sang “She was just 17, you know what I mean” on I Saw Her Standing There.

Gary Puckett’s number one hit from 1968, Young Girl was about an adult male’s distress about finding that his lover/object of his affections was an underage girl.

There are, though, different standards now. Mick Jagger has freely admitted that he couldn’t write a song such as the Rolling Stones hit from 1971, Brown Sugar (a song that details the rape of slave women) now. “I would have to censor myself,” he has said.

But as we have seen from the different readings of the lyrics of Baby It’s Cold Outside, sometimes allowing for context and true meaning can change our perspective. There’s perhaps not a radio station in the world today that would play He Hit Me and It Felt Like a Kiss, a hit for The Crystals in 1962. It’s also the song that inspired Amy Winehouse to become a singer.

The song was written by the famous songwriting team of Carole King and Gerry Goffin and was motivated by their babysitter arriving at their house one night after being badly beaten by her boyfriend. Distressed, they asked the babysitter why she stayed with her violent partner, she replied “He hits me because he loves me”.

The song was an attempt to articulate how wrong and damaging this sentiment was but ended up a frothy, pop tune that Carole King now says she regrets ever writing.

Two years ago, a musical duo from Minneapolis, US – Lydia Liza and Josiah Lemanski – found they had a mutual dislike of Baby It’s Cold Outside, both feeling it was “creepy, aggressive and inappropriate”. Using the same original melody, they wrote new lyrics to the song.

In their first verse they have the woman saying “I really can’t stay” to which the man replies “Baby I’m fine with that” and continues in that vein. Liza and Lemanski say they received so much positive feedback to their version of the song that they are now thinking of writing new lyrics to other “problematic” popular musical songs.