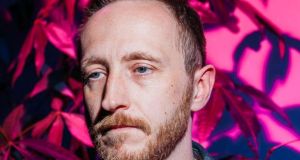 Arvo Party: I didn’t understand David Bowie – "Low" when I first heard it

When I was 16 I was asked to write down the names of two CDs that I would like for Christmas. On the back of an envelope I scribbled “Def Leppard – Vault” and “David Bowie – Low”. This was a pivotal moment for me. Having spent my youth listening to Metallica and Megadeth, here I was accepting that the rock of my youth could be boiled down to a best of, while also leaping boldly into what was unknown, to me. That was my favourite time. Discovering it all for the first time.

I didn’t understand Low when I first heard it. Why would anyone make a snare sound that way? Or sing in a made-up language? But over time I learned more about Bowie, Eno and Visconti, their techniques and how experimental and groundbreaking the album was. It didn’t occur to me that the second half was “ambient”, I just liked it.

In hindsight, I learned to love electronic music via Low. The run of the final four tracks – Warszawa, Art Decade, Weeping Wall and Subterraneans blows my mind, still – off the cuff noodles by a seemingly depressed man in a Berlin studio. It’s the archetypal image of the pained but vital artist, a skinny Bowie fiddling with new machines in search of something, anything, to make himself feel, well, something, anything. I can relate to that. More than I care to admit. And, as a result, this album changed my life.

Listen to Arvo Party on arvoparty.bandcamp.com

Lifting the lid on paid-for politics
7