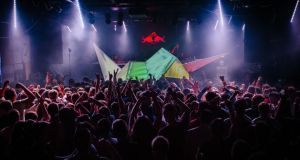 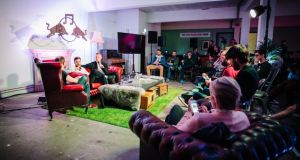 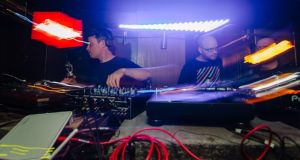 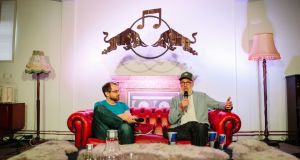 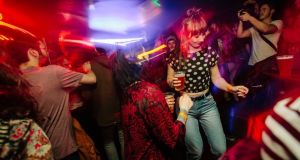 Imagine if music nerds had the kind of budget only the KLF could burn through, and that goes some way towards explaining the Red Bull Music Academy (RBMA), which touches down in various bits of the planet with club nights, concerts, screenings and discussions, workshops and one-off events.

The next edition is in Japan in October and November, which is its first foray into Asia in its 16-year history. Flying the Irish flag will be James Kelly, currently of Wife, and formerly of metal outfit Altar of Plagues. Also making the trip to Tokyo will be Mumdance, Xosar, Zebra Katz,  Tony Humphries, Ben UFO, Mala & Coki, Jah Shaka,  Floating Points, Holly Herndon, Fat Freddy’s Drop,  James Holden and many more (and, of course, The Irish Times).

RBMA recently came to Belfast for a shorter, weekend programme where punters could get up close and personal with musical innovators such as Nils Frahm, Nils Frahm, Greg Wilson, The Juan McLean, Ashley Beedle, Terri Hooley, Ryan Vail, Skream and many more. Here’s a taste of what went down in Belfast’s Cathedral Quarter