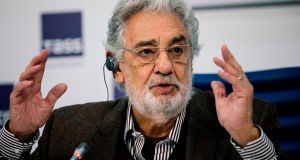 Spanish opera star Placido Domingo has withdrawn from planned performances of La Traviata at Madrid’s Teatro Real following complaints he sexually harassed women, defending himself in a statement on Thursday in which he partly walked back an earlier apology.

Domingo had apologised on Tuesday to the women who accused him of sexual misconduct after an investigation by the American Guild of Musical Artists (AGMA) labour union concluded he had behaved inappropriately with female performers.

But the 79-year-old singer said the apology had since created a “false impression” as European venues weighed whether to cancel planned engagements with him.

“My apology was sincere and heartfelt, to any colleague who I have made to feel uncomfortable, or hurt in any manner, by anything I have said or done,” Domingo’s new statement said.

“But I know what I have not done and I’ll deny it again. I have never behaved aggressively toward anyone, and I have never done anything to obstruct or hurt anyone’s career in any way.”

He said he was withdrawing from the Teatro Real engagements scheduled for May in order to spare his friends and colleagues “harm or any additional inconvenience.”

The announcement came hours before the opera house’s executive committee had planned to meet to discuss its future with Domingo.

“The Teatro Real reaffirms its policy of zero tolerance towards harassment and abuse of any nature, and its continuing solidarity with the victims,” it said in a statement confirming Domingo’s decision to withdraw.

The AGMA investigation found that some of Domingo’s female colleagues, including singers and other performers, had feared retaliation if they complained about his misconduct, which stretched back decades.

The investigation began after an Associated Press report last year in which several women complained that Domingo, who is married, forced wet kisses on them, groped them and sought to pressure them into meeting him privately for sex.

Many US institutions, including the Metropolitan Opera in New York and the San Francisco Opera, cancelled planned engagements with Domingo soon after, and he resigned as general director of the Los Angeles Opera.

In Europe, however, many venues stood by the singer, at least until this week. Since the AGMA report and Domingo’s original apology, Spain’s culture ministry has cancelled his performances in the operetta Luisa Fernanda at Zarzuela Theatre in Madrid.

The organisers of the Salzburg Festival in Austria also said they were reconsidering plans to have Domingo perform in August.

Domingo was still due to perform at some of Europe’s most prestigious opera houses this year, including London’s Royal Opera House and La Scala in Milan. However, in his statement on Thursday, Domingo offered to withdraw from other engagements if the venues would “find it difficult” to have him perform.–Reuters