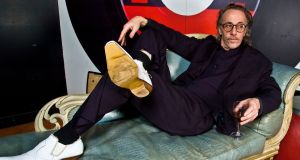 Conway Savage, the long-term pianist for Nick Cave and the Bad Seeds, has died age 58. Savage was diagnosed with a brain tumour in 2017 and died on September 2nd, the band confirmed in a statement.

The statement continued: “A member of Bad Seeds for nearly 30 years, Conway was the anarchic thread that ran through the band’s live performances. He was much loved by everyone, band members and fans like.

“Irascible, funny, terrifying, sentimental, warm-hearted, gentle, acerbic, honest, genuine – he was all of these things and quite literally ‘had the gift of a golden voice’, high and sweet and drenched in soul.

Savage joined the Bad Seeds in 1990 alongside the Triffids’ Martyn P Casey. His last recorded performance with the band was for the Bad Seeds’ 2013 album Push the Sky Away; he did not appear on their 2016 album Skeleton Tree.

Savage was born on July 27th, 1960 in rural Victoria, Australia. He started playing piano in his teens, in a pub run by his parents. From 1980-81 he performed with drummer Jim White in the band Happy Orphans. Before joining the Bad Seeds, Savage was also in the Feral Dinosaurs (also with White), Dust on the Bible and Dave Last and the Legendary Boy Kings.

After joining the Bad Seeds, Savage released a number of solo albums and collaborated with a number of predominantly Australian artists including the Go-Betweens’ Robert Forster. – Guardian Service