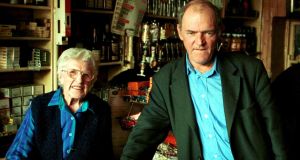 Tributes have been paid to the traditional musician Dessie O’Halloran after he died, following a short illness, aged 79.

O’Halloran, who recorded his first album The Men of the Island in 1975 with two of his brothers, became better known in recent years for his performances with Sharon Shannon.

In 2001, his version of Say You Love me, from Shannon’s album The Diamond Mountain Sessions, reached number four in the Irish charts.

The singer and fiddler died at a nursing home in Salthill, Galway, which he had only moved into in recent weeks, on the day he was due to perform a concert on his native Inishbofin, at the island’s Set Dancing and Trad Weekend festival.

O’Halloran’s nephew, also called Dessie O’Halloran, who lives on the island, told The Irish Times his uncle died having “fought a good battle” against illness over the summer.

“He was a wonderful uncle, and he, of course, came from a great musical family,” he said.

“My father [Christy] was a musician, his brother Vincent was a musician, they made Men of the Island back in the 1970s, and, of course, then Dessie had the latter day fame with Sharon Shannon.

“He was much loved by everybody, the tributes to him are incredible.”

Singer Damien Dempsey said on his Facebook page that he was “very sad to hear of the loss a great Irish singer and friend, Dessie O’Halloran of Inishbofin.”

“Many’s the mile with Dessie I travelled, when we were both guesting with the wonderful Sharon Shannon,” he said.

”We supported Willie Nelson one summertime around Britain and in Belfast and Dublin in huge arenas. And Dessie brought the house down in every one of them arenas with ‘Katie Daly’ and ‘Say You Love Me’…”

Dempsey said O’Halloran “possessed a magic when he played and sang”.

“He’d a rough oul haggard voice from decades on building sites through the London winters and heavy drinking with very little sustenance, but I watched audiences from the wings when he sang and played his fiddle,” he said.

“A smile rose on their faces like the sunrise, and they’d start to dance, and a warmth would glow and emanate across whole crowd, and you’d feel a warmth within. He had a great gift of putting people on a good vibration, which is a great gift to the world.”

Mark Durkan, former MP for Foyle and former leader of the SDLP, took to Twitter to describe O’Halloran as a “proud son of Inishbofin”.

“Distinctive talent, true character and warm waspish wit,” he wrote. “A great storyteller in plaintive song and devilish chat. Say we loved him.”

Bernie McNulty, co-organiser of the Inishbofin Set Dancing and Trad Weekend festival, said O’Halloran was due on the island for a gig at 5pm on Saturday.

“We always have this weekend on the last weekend of September and now going forward, that will obviously be his anniversary,” she said.

“In some ways it is quite nice that we are together here celebrating on Inishbofin and everybody is remembering him. We are celebrating his life by continuing with what we had planned to do, and he would not have wanted it any other way.

“He played on big stages and small corners, it was just the same to him.

O’Halloran is survived by his sister Bernadette Saccocio, who lives in the US. Arrangements for his funeral have yet to be finalised.