Smith fronted The Fall since 1976, going through over 60 bandmates in the process but they were always at the cutting edge

A collection of some of the hits from Mark E Smith's prolific band, The Fall. 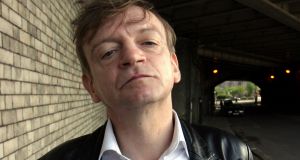 Mark E Smith of The Fall: shot through with an intensity bordering on feral

Mark E Smith, who has died aged 60, was alternative pop’s snaggletoothed eccentric uncle. He had fronted leftfield post-punk rock band The Fall since 1976, keeping this freewheeling, occasionally shambolic institution on the rails often, it seemed, through sheer force of will.

He recorded some important music along the way – The Fall’s 1979 debut Live At The Witch Trials and 1982’s Hex Enduction Hour are regarded as high-points of British post punk – but even when the group was a mess, as it often was, it and Smith were consistently entertaining. Those who knew the Mancunian variously described Smith as passionate, controlling, occasional psychotic – but no-one ever accused him of being dull.

The Fall cast a long shadow. Their beautiful, shambolic sound – a catharsis persistently on the verge of collapse – was especially influential through the 1990s, when acts such as Sonic Youth and Pavement cited them as an influence. Closer to home, Dublin’s Girl Band have built on Smith’s blueprint of atonal guitars, growled vocals and unconventional song structures.

Ironically, even as The Fall started to receive their due, their own music took a turn for the sweeter with 1993’s The Infotainment Scan yielding the gorgeously eerie I’m Going To Spain and a respectful cover of Sister Sledge’s Lost In Music (another cover, of The Kink’s Victoria, had given The Fall their biggest hit in 1988).

What was most remarkable, however, was that, even as musical tastes ebbed and flowed, The Fall – named after a book by Smith’s favourite writer Albert Camus – always somehow positioned themselves at the cutting edge.

Yet the performances, whether on stage and or captured on their 32 studio albums, were shot through with an intensity bordering on feral – partly a result, Smith would cheerfully acknowledge, of his willingness to sack any bandmates he felt was dialling it in.

He didn’t mind, he said, if The Fall were chaotic or if the songs collapsed in on themselves. The cardinal sin, so far as he was concerned, was for musicians to be slick.

Though he had grown up listening to avant-gardists such as Can and The Velvet Underground, it was a Sex Pistols concert at Manchester Free Trade Hall that inspired Smith to found The Fall and he maintained, though his life and career, a punk rock aversion to gloss and showboating.

To the end, Smith kept the band edgy and on edge. “They were,” BBC DJ John Peel once commented, “always different, always the same.”

Drama was never far away with Smith. Anyone who had seen The Fall perform will know their music was fuelled by tension, most of it flowing between the singer and the rotating cast of hired underlings who populated the ranks (more than 60 are estimated to have passed in and out of The Fall across the decades).

Smith could be a vindictive taskmaster. He once struck Marc Riley, then the guitarist with The Fall and later a BBC radio presenter, in the face during a backstage row. Riley swung back and was sacked on the spot.

Most notorious of all was a fracas on stage in New York in 1998, which culminated with Smith spending the night in jail. “They all started throwing punches,” he would recall in his autobiography. “But I gave them a few left hooks back. They got worse than they gave me.”

This and other incidents were, in part, a consequence of a lifetime of heavy drinking. Decades of excess would eventually catch up with Smith and last August The Fall were forced to cancel shows after the frontman was hospitalised for problems relating to his throat, mouth and respiratory system. His death was falsely reported last March on his 60th birthday.

As with all great popular culture mavericks Smith was riven with contradictions. For all his discipline as a performer, in person he could be hard work. In 2008, Smith called me for an interview. Given his reputation I was obviously terrified. Yet he was initially friendly and I was struck that he had taken the trouble to remember my name (a feat beyond the powers of 99 per cent of pop stars). Yet as we chatted it quickly became obvious that music was the last thing he wished to discuss.

He’d been watching television, he offered apropos of absolutely nothing, and was disappointed that so little was worth his time.

“Do you have a telly?” he asked, as I was trying to piece together a clever ice-breaker about The Fall’s latest album. “I don’t know what the television is like over in Ireland but, in Manchester it’s complete c***. Nothing but reality rubbish.”

Contrasting the merits of X Factor and Big Brother with an alternative rock icon was not a situation I had ever expected to find myself in. Smith, I was tempted to conclude, was enjoying hearing me squirm.

When I finally strung together a query about the new LP, Imperial Wax Solvent, he breathed deeply and started whispering ‘whaat, whaaat, whaaat?’. It was unnerving at an existential level.

Was this the same technique he utilised in the group – ensuring his players stayed on their toes by discombobulating them to the maximum?

“Do I like keeping them on edge?” he laughed, suddenly, fleetingly serious. “I would say that I do.”

50 of the best podcasts to listen to right now
4

The lesson of Michael Landy’s ‘Art Bin’: do we all hate art?
Real news has value SUBSCRIBE