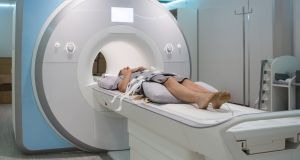 The estimated €115 million that the State will pay each month to use 19 private hospitals during the Covid-19 crisis will go to companies owned by religious orders, foreign investors, two billionaires, a vulture fund and private backers.

The estimated €115 million that the State will pay each month to use 18 private hospitals during the Covid-19 crisis will go to companies owned by religious orders, foreign investors, two billionaires, a vulture fund and private backers.

The members of the Private Hospitals Association, which have about 2,500 beds between them, have agreed to effectively operate as public hospitals for the duration of the crisis. They will be put at the State’s disposal on a “non-profit” basis.

But although the Covid-19 crisis may not yield a financial return, the sector remains home to high-profile commercial investors. Several invested in tax-driven deals in the frothiest years of the Celtic Tiger just before the last crash, as the sector expanded along with the economy and disposable incomes.

There was a shake-out during the crash as many in the sector reckoned with heavy property debts. Many hospitals changed hands as the economy recovered in recent times and they appeared to be gearing up for a new boom.

However, the economic fallout from Covid-19 will dampen those prospects in coming years. Higher unemployment means fewer customers will avail of the private health cover that is the private hospitals’ lifeblood.

Here are the main players taking part in the State’s Covid-19 scheme, ranked in order of size, as measured by their approximate numbers of inpatient beds.

The Bon Secours Health System, owned by the religious order of the same name, is the largest private healthcare provider in the State, with five hospitals. Its board includes corporate heavyweights such as former AIB chief executive Michael Buckley, and former PwC partner Peter Lacy.

It is listed as a not-for-profit organisation but, ironically, Bon Secours appears to be among the most lucrative of Ireland’s private hospital groups. Its turnover in 2018 rose 9 per cent to €286 million while its profits roughly doubled to €5.3 million. Its balance sheet shows accumulated profits of €85.7 million.

It has developed close links in recent years with American operator University of Pittsburgh Medical Centre (UPMC), which owns two other hospitals in the State.

The three private hospitals in which Goodman is a major investor do not operate as a group but, on the basis of several very recent deals, the billionaire may be assembling them as a package. If they do end up in a group, it would be easily the most financially powerful in the sector.

He is a long-time investor in Blackrock and took his stake to 64 per cent last month after he bought shares owned by Joe Sheehan snr, with whom he has repeatedly clashed in court. And it has since been reported that he has taken this stake to 84 per cent by acquiring the stake of another founder of the clinic, Dr George Duffy.

In December Goodman bought another Joe Sheehan snr stake for full control of the 146-bed Galway Clinic, where he was previously a minority investor. It had revenues of €96 million and profits were up by a quarter to €6.4 million.

Hermitage Clinic in Lucan, which opened at the height of the Celtic Tiger with Goodman among the minority investors alongside Joe Sheehan’s brother Jimmy – another Blackrock Clinic co-founder. Its chief executive recently left after a falling-out with Goodman. The billionaire has agreed to buy out the one-third stake owned by developer Seán Mulryan, which will give him two-thirds control. It had revenues of €74 million and made a profit of just under €1 million.

The two hospitals – the 200-bed Dublin facility and 100 beds in Cork – were bought in 2018 for about €495 million by giant French infrastructure fund Infravia Capital Partners. Infravia, which also owns Carechoice nursing homes, bought the Mater assets from one of Seamus Fitzpatrick’s Capvest funds.

The Mater Private also includes a number of other facilities and cancer centres dotted around the State. In the first five months or so under Infravia’s ownership, the group had revenues of about €100 million.

Adjacent to the public hospital at Elm Park in south Dublin. It is the biggest acute private hospital in Dublin.

The hospital is part of the St Vincent’s Healthcare Group, which also includes the public hospital next door and St Michael’s Hospital in Dún Laoghaire. The group is owned by the Religious Sisters of Charity, which plans to relinquish it to a charity as part of a deal to locate a new maternity hospital on site.

The group does not break out the financial performance of the private hospital, but the overall group had revenues in 2018 of €448 million and it made a loss of €1.4 million.

The billionaire telecoms tycoon Denis O’Brien became an 80 per cent shareholder in the Sandyford hospital in 2014, when he bought its €140 million debt from Ulster Bank for less than a third of face value. In doing so he wiped out the majority stake held by American behemoth University of Pittsburgh Medical Centre, which had also bid for the debt and was angling for full ownership.

The hospital is controlled through the O’Brien-linked offshore Isle of Man entity Sayum Holdings. The remaining 20 per cent is held by the hospital’s co-founder and chief executive, the former Ferrari racing car driver Michael Cullen, who is a cousin of O’Brien’s close associate Lucy Gaffney.

The Beacon, financed by tax investors, opened at the peak of the Celtic Tiger boom. In recent years it has invested heavily in an upgrade.

Revenues in 2018 were up 18 per cent to €122.6 million, although it made a loss of €2.3 million after accruing interest bills to companies controlled by O’Brien and Cullen.

UPMC was, much to its chagrin, squeezed out of the Beacon by Denis O’Brien six years ago. But the giant, which has 87,000 staff across 40 hospitals, mostly in the US, dusted itself down.

In 2018 it bought the 70-bed Whitfield Clinic in Waterford from the Irish Bank Resolution Corporation. Six months ago it followed that up with the purchase from private investors of a 39-bed private hospital in Clane, which it has renamed UPMC Kildare. The Clane hospital had revenues of €7.1 million in 2018 and banked a profit of almost €300,000.

Another private hospital born in the frothy years of the Celtic Tiger, this facility in Santry on Dublin’s northside was recently extended. Investment group Carlyle Cardinal Ireland last year bought a one-third stake in the hospital.

Its other shareholders include surgeon Ray Moran and his brother, former Manchester United footballer Kevin Moran. It had revenues in 2018 of €45.4 million and recorded a healthy profit of €4.2 million.

It used to be run by businessman Mark Gordon, and operated in conjunction with the Chichester Clinic in Belfast. In 2014, however, Bank of Ireland installed KPMG partner Kieran Wallace as receiver over the Mullingar facility in connection with debts of at least €3.6 million.

The hospital is now run on behalf of the receiver by Centric Health, which does not break out the Mullingar facility’s financial performance. Its parent entity in receivership, VFM Healthcare (Ireland), has not filed annual accounts since 2011.

It was previously part of the Mount Carmel Medical group owned by property developer Gerry Conlan, who lost control of the business six years ago. The flagship Mount Carmel hospital in Dublin closed.

The former St Joseph’s Private Hospital was also previously a part of Conlan’s Mount Carmel group. It was sold in 2015 to Belfast group 3fivetwo, which also owned the Kingsbridge hospital in Belfast.

It does not file a full set of public financial statements, but its abridged accounts suggest that, in the 12 months to the end of last March, its losses increased by about €250,000.

The Stillorgan hospital, ultimately owned by the eponymous religious order, specialises in treating patients with emotional and mental health needs, including people with addiction problems.

While its sister organisation, St John of God Community Services, is financially hard-pressed and seeking State help to plug a €27 million hole in its finances, the hospital generated a €1.9 million surplus in 2018 on the back of €34 million revenues.

1 Basic income for all: Has the Covid crisis given us a new economic model?
2 Only way is up for Stripe as valuation skyrockets
3 ‘I don’t need to do any of this. . .I don’t actually need to work.’
4 Promontoria barred from pursuing doctor over Ulster Bank loan
5 Direct sea routes to Europe offer certainty in choppy Brexit waters
6 Pandemic brings a halt to Zara-owner’s Irish expansion
7 Kinzen raises $2.2m as it helps clients fight ‘misinformation’
8 Online shoppers face unwelcome tax surprise
9 Brexit stumbling blocks persist as Barnier travels to London
10 Unilever’s Dutch and British arms merge after 90 years ahead of Brexit
Real news has value SUBSCRIBE