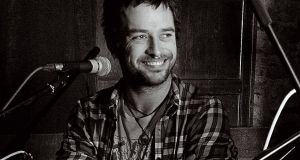 Motor City might be Detroit, but MusicTown is most definitely Dublin – or at least it will be until Sunday, April 22nd. From now until then, a stream of music events that run the gamut from classical to trad, from spoken word to rock, from opera to audio-visual will flow from south of the Liffey to north.

Now in its fourth year, the event was founded by Dublin City Council and has been programmed by Aiken Promotions, whose Leagues O’Toole acts as this year’s creative director. O’Toole is an experienced hand, not only as an informed promoter/booker but also as a lover of what he terms “the open playing-field” of music, “where actors, writers, visual artists, literally anyone can get involved”.

With this in mind, MusicTown 2018 rolls along on the wheels of community and alliance, bringing in a vast array of concerts, workshops, masterclasses and creative partnerships across an equally wide range of musical disciplines, including contemporary classical, choral, opera, folk, traditional, rock, spoken word, hip-hop, alternative, ambient and electronic. There is something for everyone, and – unusually for catch-all events such as these – genuine highlights from start to finish.

In keeping with its “open playing-field” approach, MusicTown 2018 concludes with a free event on Sunday, April 22nd. Presented by the Dublin Choral Foundation, the Teddybear’s Picnic features youngsters and adults choral singing from the start point of Wolfe Tone Square (at noon) to the end point of South King Street.

See musictown.ie for further information about the events mentioned as well as more MusicTown shows.