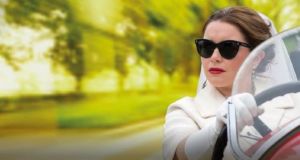 Le nozze di Figaro
National Opera House, Wexford, €15-€80; also Gaiety Theatre, Dublin, Apr 17th, 18th, 20th, 21st, irishnationalopera.ie
The newly founded Irish National Opera company has chosen Mozart’s Le nozze di Figaro for its first new production, which will run for a single night in Wexford and four nights in Dublin. The title role in this unfading comic masterpiece is taken by New Zealand bass-baritone Jonathan Lemalu, with Irish mezzo-soprano Tara Erraught, fresh from her debut at the Metropolitan opera in New York, as his betrothed Susanna. The noble couple of the Count and Countess Almaviva are Ben McAteer and Máire Flavin, with Aoife Miskelly as the disruptive page, Cherubino. Also making an appearance is the veteran soprano Suzanne Murphy as Marcellina. Patrick Mason directs. The designer is Francis O’Connor and Peter Whelan conducts, with the Irish Chamber Orchestra in the pit.