Gender balance not being taken seriously by Irish music organisations

Female composers are grossly underrepresented, but fixing the issue may not be easy 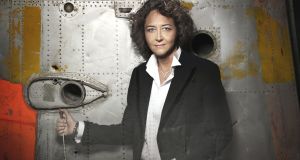 Irish theatre put forward its best gender-neutral aspirations last week. Ten leading organisations in Dublin, Cork and Galway got together and announced the gender policies they had formalised. It’s all due to the #WakingTheFeminists campaign, a campaign that called for policies on gender with action plans and measurable results.

The headline for Deirdre Falvey’s recent news report in The Irish Times said it all: “Gate Theatre: Number of women directors up from 8 per cent to 80 per cent.”  The new policies — which are available for download at wakingthefeminists.org — vary in the depth of commitment they offer. But each of the 10 organisations is actively on the case and some are declaring specific goals within a specific timeline.

What’s the situation in music like? Well, as I pointed out before, there is no obvious gender imbalance in orchestral employment in Ireland. There is also no glass ceiling to deal with when it comes to women taking positions as orchestral leaders. The RTÉ National Symphony Orchestra (NSO) was until recently led by a woman, and it has Nathalie Stutzmann as its very fine principal guest conductor. The RTÉ Concert Orchestra and the Irish Chamber Orchestra are still led by women.

Many vocal solo parts are specific to male or female voices, and mixed-voice choirs greatly outnumber ones that restrict themselves either to female or male voices.

The big issues are those facing female composers and conductors.

To get a handle on the situation for composers, I crunched the numbers for the last three festivals I attended. At June’s Great Music in Irish Houses Festival, where the artistic director is Ciara Higgins, more than 90 per cent of the programme was by male composers. Louth Contemporary Music Society’s Book of Hours Festival is curated by Eamonn Quinn and has work by living composers as its main focus. It was almost evenly balanced, with 48 per cent of the works performed being by women. And the West Cork Chamber Music Festival, where Francis Humphrys is director, managed a presence of about 20 per cent for female composers.

Take these figures as rough guidelines. I can’t account for programme changes to those concerts I didn’t attend, and there’s certainly a bias in the fact that men dominated in the longer and larger-scale works.

What does the future look like? The National Concert Hall (NCH) got itself some good publicity recently with the completion of its first Female Conductor Programme, and, before that, with the announcement of funding for a five-year collaboration with Sounding the Feminists, full details of which have not yet been announced.

The NCH’s most prestigious programming strand is the International Concert Series. From the information that has been published on the next series, it looks as if just 2.41 per cent of the repertoire will be by women. The works by the two women who feature, Cheryl Frances-Hoad and Judith Weir, will both be heard in the concert by The Cardinall’s Musick on Tuesday, October 9th. The rest of the 13 concerts are a total desert for female creative voices. And female performers will also be greatly outnumbered during the series by their male counterparts.

The upcoming season by the RTÉ NSO is not radically different. Just 2.61 per cent of the repertoire that has been announced is by women, with just three female-authored pieces getting a performance: Ina Boyle’s Glencree symphony on Friday, February 1st; Kaija Saariaho’s D’Om le Vrai Sens on Friday, March 8th, and Cindy McTee’s six-minute Circuits, which will be played on Friday, May 10th.

If you turn to opera the situation is even more extreme. Every year Wexford Festival Opera publishes in its printed programme the long list of works it has performed since its foundation in 1951. Not one of them is by a woman.

Not a single work by or project involving a female composer has yet been announced by the new Irish National Opera (INO) company, which started work last January. INO was created by the merger of the Opera Theatre Company and Wide Open Opera, and the history of the Opera Theatre Company does include performances of Marian Ingoldsby’s Hot Food with Strangers in 1991, and the participation of a female composer, Anna Murray, in a four-person collaborative project, the 24hr Opera, in 2017.

I could find no statement of gender policy on the Wexford Festival Opera website, and just one from INO. It was in the context of its new Opera Studio, which from September will “provide training, mentoring and high-level professional engagements for Irish opera artists as they develop a professional career”.

The information about the studio also states that “in seeking to address a prevailing gender imbalance in creative teams, INO will welcome and prioritise applications from female conductors, directors and composers”. That’s it.

In fairness to all concerned, it’s true that the task of bringing gender balance into the worlds of music and opera will not be straightforward. The costs and stakes for symphony concerts and especially opera are just so much higher than in theatre.

RTÉ’s website smugly reports that a review it commissioned last year found that “RTÉ equals, and in various cases exceeds, national policy objectives and targets for gender-related employment”. The NCH website is a blank in this regard apart from on gender issues facing its employees.

Do I think gender balance will be as easy to accomplish in music as in theatre? No, I don’t. Do I think the issue is being taken as seriously by music and opera organisations as it has been by theatre organisations? No, I don’t. And what will make a change? A stick, probably. Not a carrot.

The BBC in Belfast is currently the orchestral shining light. Its upcoming series of free studio concerts with the Ulster Orchestra, starting at Belfast’s Ulster Hall on Tuesday, July 31st, has a work by a woman in each of its six programmes. That’s the way to go.

Clear History: Yet another not so funny RTÉ comedy show