From Mozart to Britten, the requiem will live forever

Composers have always been drawn to honour the dead with powerful, passionate music 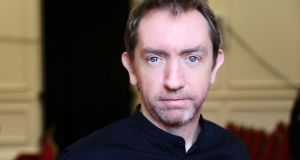 The musical commemoration of the dead goes back not centuries but millennia; though, of course, we have no way of knowing what most of this early music actually sounded like. Individual requiem mass settings by great names emerged in the 15th century, and the kind of choral and orchestral settings that we are so familiar with today began in the 18th century.

The Requiem that Mozart left incomplete at his death in 1791 is the earliest work of its kind to hold its place in the standard repertoire. Cherubini, who conducted the first Parisian performance of Mozart’s Requiem in 1804, went on to write striking requiems of his own in 1817 and 1838, the first with mixed chorus, the second with only male voices, and neither involving vocal soloists.

But the most extraordinary of 18th-century requiems is the one written in 1760 by François-Joseph Gossec, which anticipates the kind of theatricality that was most famously exploited in the 1837 Grande Messe des morts by Berlioz, with its offstage bands and gloriously imaginative orchestration.

There are requiems for individuals. Dmitri Kabalevsky’s Third Symphony of 1933 carries the subtitle Requiem for Lenin, and Hanns Eisler also wrote a Lenin Requiem in 1937.

German composer Bernd Alois Zimmermann completed his Requiem for a Young Poet in 1969, the year before he committed suicide. The setting features a wide range of texts relayed over loudspeakers (speeches by Hitler and Stalin feature in the collage as well as words by Joyce, Pound, Camus and Wittgenstein), vocal soloists, choirs, jazz ensemble, orchestra and electronics.

Krzysztof Penderecki’s Polish Requiem, written between 1980 and 2005, grew out of a Lacrimosa dedicated to the founder of the Solidarity trade union, Lech Walesa. The Lacrimosa was written for the occasion on which Walesa unveiled a statue commemorating workers killed in anti-government riots, and the associations of the rest of the larger work are also with dark days of Polish history.

Ukrainian composer Valentin Silvestrov wrote his Requiem for Larissa between 1997 and 1999, in the years of devastation he experienced after the death of his wife.

After the death of his mother, Russian composer Alfred Schnittke wrote a requiem within his incidental music for a production of Schiller’s Don Carlos in 1975. Given the difficulties that would have surrounded a publicly-declared sacred work, it was, he says, “celebrated invisibly in the background of the events on stage”.

There is a Requiem of Reconciliation, written to mark the 50th anniversary of the end of the second World War. It is in 14 sections, each written by a composer from a country that was involved in the war – Luciano Berio, Friedrich Cerha, Paul-Heinz Dittrich, Marek Kopelent, John Harbison, Arne Nordheim, Bernard Rands, Marc-André Dalbavie, Judith Weir, Krzysztof Penderecki, Wolfgang Rihm, Alfred Schnittke, Joji Yuasa and György Kurtág.

The first World War generated one of the biggest musical gatherings through the 90-minute World Requiem, which English composer John Foulds wrote between 1918 and 1921. Foulds’s wife, Irishwoman Maud MacCarthy, compiled the text for the work.

MacCarthy was a violinist whose international career – she appeared as a soloist with the Boston and Chicago symphony orchestras – was terminated by bursitis. She travelled with activist and social reformer Annie Besant to India where she studied music and mysticism. She published poetry under the name Tandra Devi and also took the name Swami Omananda Puri, under which she published her autobiography.

Foulds’s World Requiem, billed as “A Cenotaph in Sound”, was premiered in London’s Royal Albert Hall on Armistice Night in 1923 by a mass of performers said to have amounted to 1,250, and was heard there again annually at the Festival of Remembrance until 1926. It lay neglected for eight decades until a concert performance in 2007, which was recorded and later issued on CD by Chandos.

Last month the BBC gave the first complete performance of Dubliner Charles Villiers Stanford’s response to the first World War, his Missa Via Victrix, completed in 1919, of which only the Gloria had previously been performed, in Cambridge in 1920.

The second World War yielded Bohuslav Martinu’s Memorial to Lidice for orchestra (prompted by Nazi atrocities in a Czech village in 1942) and Schoenberg’s blistering A Survivor from Warsaw, for narrator, chorus and orchestra.

The best-known large-scale work born of the ravages of the second World War is Britten’s War Requiem, written for the consecration of Coventry Cathedral in 1962 – the new cathedral did not rise until 20 years after the war-time destruction of the original, medieval building. Britten’s work had a level of immediate success well beyond any of the works I’ve mentioned. The first recording, a double-LP album with the composer conducting, sold 200,000 copies within six months of its release.

Its power and moving intimacy were well caught in last Friday’s NCH performance by the Choristers of St Patrick’s Cathedral, the RTÉ Philharmonic Choir, the RTÉ NSO and RTÉCO under David Brophy at the National Concert Hall.

Brophy gave the music a rather stiff and tightly-marshalled start. But once he relaxed, the musical and emotional communication surged. This was the finest music-making I have yet heard from him.

The three fine Irish soloists – soprano Ailish Tynan, tenor Robin Tritschler and baritone Gavan Ring – were on the top of their form. The boys of St Patrick’s Cathedral were at their celestial-sounding best. The RTÉ Philharmonic Choir tackled the choral writing with a firmness no other large choir in the capital can currently rival.

The composer was a lifelong pacifist, and his compassionate anti-war message, blending Latin words with those of Wilfred Owen, had exactly the effect he intended. No better time for that message to be heard than in an Armistice Day commemoration.