This Album Changed My Life: The Cure – Disintegration (1989) 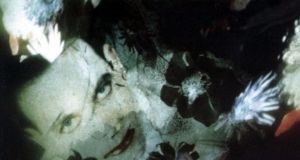 I still count The Cure’s Disintegration as my favourite record, as an album that has both changed my life and has kept me company through decades and moves and travel and loneliness, boredom, heartbreak and late-night drives, high school, university and adulthood. I fell in love with it when I was a morose 15-year-old harpist and nerd in Shelby, North Carolina, a small, conservative town in the south. I initially got to know The Cure in general through the cooler older brothers of close friends – Gail’s brother Miguel, Chris’s older brother Chad, who left scrappily curated mixtapes around for us younger kids to steal and dig in to. Disintegration came probably through Pictures of You on one of those tapes.

I think the record, besides transmitting a secret insider message of understanding to one’s innate melancholia, has a gorgeous sequencing, each lushly arranged song spilling into the next. Its instrumental passages are even more affecting than than the ones with lyrics. It has influenced my own work in my attempt to make impressionistic sounds that can convey a language and human connection without using words, to channel emotion through a lyrical melody line, through both positive and negative space, both de luxe and minimal.

Disintegration has been a friend to me for 20 years, and I think I have every inch of it memorised. Listening to it now feels like it’s a vehicle to indulge in the nostalgic side, the sensitive side, the vulnerable side that’s so beautiful about being a human being – flawed, messy, layered. In this time of too many screens and terrifying news, terrifying leaders, terror, artificial intimacy, it’s natural to steel against things by getting colder, and this record always reminds me that it’s okay to dig in and to unapologetically feel.