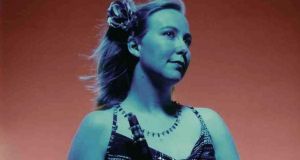 Russian violinist Yury Revich and German cellist Benedict Kloeckner have joined forces for a Music Network tour that still has three concerts left.  The players range over the solo repertoire for each instrument (Bach’s Solo Cello Suite No. 3, Kreisler’s Recitative and Scherzo for solo violin and Ysaÿe’s Solo Violin Sonata in D minor, the one subtitled Ballade) as well as duos (by Glière, Rolla, Paganini, and Ravel). Also on offer is a new commission from Irish composer Sebastian Adams, the sequentially-named 2018:3, which was premiered in Dublin last Wednesday. Adams is having a good November, with another new piece getting three performances by the Irish Chamber Orchestra in the coming days.

Who is a clarinettist’s clarinettist? Well, one chosen by another clarinettist, for sure. The multi-talented Jörg Widmann, principal conductor of the Irish Chamber Orchestra, is also a clarinettist and a composer. For the orchestra’s latest short tour he’s working with the British clarinettist Katherine Spencer, who will be playing Johann Stamitz’s Concerto in B flat. The clarinet is not actually the main focus of the evening. The programme is intended to put a spotlight on the Irish composer Sebastian Adams (born 1991), who these days titles his works in sequence by year. The new work for the ICO is titled simply 2018:2 and will, he says, reflect “a kind of controlled chaos that reminds me of the natural world”. Also on the programme are Puccini’s haunting Crisantemi and Tchaikovsky’s evergreen Serenade for strings.

Glasgow-based Irish composer David Fennessy has become something of a favourite with Chamber Choir Ireland and its conductor Paul Hillier in recent years. This week the choir gives the first performance of the final part of a triptych that Fennessy began in 2014 with Letter to Michael and continued in 2017 with Ne Reminiscaris. The final part, Hashima Refrain, sets texts from a poem found on a wall on an abandoned Japanese island, and an entry from the memoir of a lady in waiting from Japan’s Heian Period. The complete triptych features in Chamber Choir Ireland’s programme where it is interwoven with works by Bach, Adam de la Halle, Machaut and Dufay.