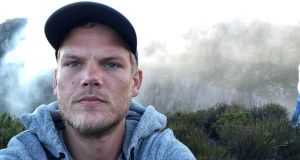 The funeral of Swedish DJ and music producer Avicii, one of the biggest stars in electronic dance music, took place in a private ceremony in Stockholm last week, his publicist said.

Avicii, whose real name was Tim Bergling, was found dead in Muscat, Oman, in April. He was 28.

“His funeral was held last Friday, attended by his closest family and friends,” Swedish publicist Ebba Lindqvist said. He was buried at the Skogskyrkogården (Woodland Cemetery) in southern Stockholm, a Unesco world heritage site that blends vegetation and architectural elements. The Swedish actor Greta Garbo is buried there

Omani police have not released a cause of death. However, shortly afterwards, Bergling’s family appeared to suggest he took his own life, saying in a statement he “could not go on any longer”.

In an open letter published several days after his death, the DJ’s family said he “wanted peace” and “could not go on any longer”. “He really struggled with thoughts about meaning, life, happiness,” they wrote.

Avicii, known for hit songs Wake Me Up and Hey Brother, collaborated with many artists including Madonna and Coldplay. He was one of the first DJs to break into the mainstream, with the hit songs Wake Me Up and Levels, as electronic dance music spread over the past decade from nightclubs to top 40 radio. He announced he was retiring from live performances in 2016 after years of intense touring that exacerbated his alcoholism,. However, he continued to record music.

Avicii had acute pancreatitis, which was partially blamed on his drinking. After having his gallbladder and appendix removed in 2014, he cancelled a series of shows in an attempt to recover. – Agencies

Unthinkable: How many emotions can one person feel?
9