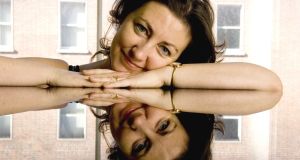 Pianist Thérèse Fahy: commissioned new pieces from seven Irish composers, and folded in a selection of Debussy’s own piano pieces with some of his instrumental works and songs

The centenary of the death of Debussy has led to a predictable upsurge in performances of his music. Mostly it’s been a matter of one-off extras, as individual promoters, musicians and institutions include a piece or two in genuflection to a great master. The big exception is a three-concert series in the National Concert Hall’s Kevin Barry Recital Room, curated by pianist Thérèse Fahy.

Ireland’s Tombeau to Debussy 2018 is actually an international project. In March Fahy gave a concert in Paris, in the house in which Debussy was born. And she will repeat her three Dublin programmes, again in Paris, at the Centre Culturel Irlandais in October.

Those programmes are built around the Tombeau de Claude Debussy, a set of 10 commemorative pieces published by La Revue Musicale in 1920 with contributions by Dukas, Roussel, Malipiero, Goossens, Bartók, Schmitt, Stravinsky, Ravel, Falla and Satie.

It’s a wonderful idea on any number of levels, from the celebration of Debussy himself to the less-than-predictable line-up of worthies called upon by La Revue Musicale, and on to the new Irish works which will now stand forever as a successor to the original tombeau.

The idea of a musical tombeau, literally a musical tomb or tombstone, originated in 17th-century France and was revived by Ravel in the 20th century through his Tombeau de Couperin.

The practice reignited sufficiently for Dukas, who contributed to the Debussy tombeau, to have later ones written in his memory by Falla and Messiaen. American composer Michael Daugherty even wrote a Tombeau de Liberace in 1996 with movements titled Rhinestone Kickstep, How Do I Love Thee, Sequin Music and Candelabra Rhumba.

I caught the second of Fahy’s concerts last Thursday, when two of the new works were premiered. Raymond Deane’s Raccordement concentrates on gestures that create an impressionist haze which is allowed to linger and fade, although the writing does get more het up towards the end, Jane O’Leary’s feather-headed, frail, summoning is conceived as a companion piece to the flute solo Syrinx (played by Madeleine Staunton), and it comes across as a highly effective meditation on and after the piece, and winds itself up to some moments of shattering-glass violence.

Sad to say, in the Debussy and original piano pieces she offered, Fahy sounded altogether less effective and did not rise well to the musical and technical demands. There was a sense of struggle in her playing as there was also in soprano Kathleen Tynan’s account of Satie’s song Que me font ces vallons, though both singer and pianist found firmer ground in parts of Debussy’s Chansons de Bilitis. The final concert in Ireland’s Tombeau to Debussy is on Thursday night.

There is more Debussy coming up in, of all things, the organ-focused Pipeworks festival, through organist David Adams at Christ Church Cathedral on Wednesday night, and cellist Martin Johnson at the Unitarian Church on St Stephen’s Green on Thursday night. And next week it will be possible to immerse yourself in one of the key influences on Debussy’s work, the sound of the Javanese gamelan, which the composer heard for the first time at the Exposition de Paris in 1889. The National Concert Hall has its own gamelan, and there are gamelan concerts in the NCH Studio on Tuesday 19th and Wednesday 20th.

Reger gets a rare outing in Belfast and Dublin

Swiss conductor Nicolas Fink appeared for the first time with Chamber Choir Ireland last weekend, at concerts in Belfast and Dublin. His programme coupled works by Reger and Rheinberger that are rarely heard in Ireland with one of the finest mass settings of the early 20th century, the 1920s Mass for double choir by his fellow-countryman Frank Martin.

An early edition of Grove’s Dictionary of Music and Musicians complained about Reger that “to a large number of persons at the present day his resources of harmony and his indulgences in rhythm and form will appear so infinite as to fog even a most attentive and experienced listener with their complexity”.

More than 100 years on, the prolixity of Reger’s style can still create problems for many listeners. But at the Hugh Lane Gallery on Sunday Fink showed the love and the insight and the singers of Chamber Choir Ireland the technical facility to lift any sense of fog and make full sense of the chromatic freedom that Reger so loved. Clarity, definitely not a word that’s often associated with this composer, was the order of the day, and exhilaration the effect of the harmonic adventuring.

The movements of Rheinberger’s Drei Gesänge sounded by comparison undercooked, and the wonderful writing of Martin’s Mass was rather masked by an approach which seemed too little interventionist by allowing the singers too much freedom. Climaxes were misplaced, important dynamic shading ignored, and the impressive strength of the singing became a barrier to the often inward moods of the music.

On this occasion it was the Reger which stood apart as the performance that will linger longest in the memory.