A magic night of Mozart: This week’s classical music highlights 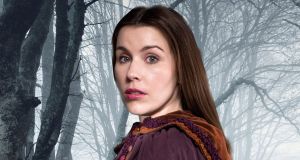 This National Concert Hall appearance by Camerata Ireland is very good news for Barry Douglas’s orchestra and bad news for the Irish Chamber Orchestra. The ICO has a core of annually contracted players and Camerata takes is players from a freelance pool. So although Camerata Ireland is not an orchestra in the sense that the ICO is, it’s the one that has just landed a 2019 and 2020 residency at the NCH, beginning with Wednesday night’s 8pm concert. But Camerata has always had a grounded approach to repertoire while the ICO takes a wider reach that does not always cohere in a way that’s appealing to audiences. The middle-of-the-road programme from Camerata – Mendelssohn’s Hebrides Overture, Schumann’s Piano Concerto and Mozart’s Jupiter Symphony – has a broad appeal that the ICO rarely manages. And in Douglas himself it has the benefit of a first-rate soloist to boot.

American soprano Angela Meade, who made a sensational Irish debut in Mercadante’s Virginia at Wexford Festival Opera in 2010, returns as soprano soloist with the NSO in Verdi’s operatic Requiem. She is the only one of Friday night’s vocal soloists to have previously performed in this country. Albanian mezzo-soprano Enkelejda Shkoza, Italian tenor Antonio Poli and Russian bass Evgeny Stavinsky are all making their Irish debuts, though Italian conductor Michele Mariotti has worked here before – he conducted Donizetti’s Don Gregorio at Wexford in 2006. The chorus in the 7.30pm concert is provided by the RTÉ Philharmonic Choir.

Irish National Opera’s new production of Mozart’s German-language The Magic Flute is directed by Caroline Staunton, an Irish director who is on the staff of the Staatsoper in Berlin. The company is presenting nine performances. The opening night in Wexford is followed by a concert performance at University Concert Hall in Limerick on Sunday and then a run at Dublin’s Gaiety Theatre from Tuesday to Saturday 25th, with matinees on Thursday and Saturday. The heavy schedule is the reason for the double casting of the roles of Pamina (Anna Devin and Jennifer Davis), Tamino (Nick Pritchard and Tyler Nelson), and the Queen of the Night (Kim Sheehan and Audrey Luna, who holds the record for the highest note ever heard at the Met in New York). The Papageno is Gavan Ring and the Sarastro Lukas Jakobski. Peter Whelan conducts the Irish Orchestra, with sets and lighting by Ciaran Bagnall and costumes by Katie Davenport.