John Spillane: On My Culture Radar 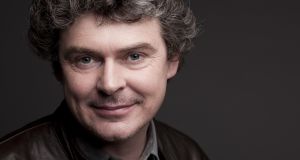 I’m reading The Atlantean Irish by Bob Quinn, which delves into Irish mythology and history. It turns out St Patrick never drove out snakes – that’s a myth. He drove out the serpent-worshippers The Naassenes, a rival religion. Bob Quinn also thinks that there’s no evidence of a Celtic invasion in Ireland, and suggests it’s a 19th-century romantic invention. They’re interesting theories.

Isaac’s Restaurant in MacCurtain Street, Cork, is the perfect restaurant to me. Myself and my wife go there on special occasions, so I have a sentimental reason for picking it too. They serve dishes like steak and roast chicken, but they also do vegetarian curries. I usually go for the tempura prawns and the rib-eye steak but everything is very well done.

You can’t beat Tommy Cooper. There’s an act within his act: he plays a role and pretends he’s very stupid, but he’s very intelligent.

My friend Mick Flannery, another Cork songwriter, has a musical called Evening Train. It’s based on his first record from around 15 years ago. It ran for a week in Everyman Palace Theatre in Cork, and I thought it was fantastic. The story was a love triangle between two brothers and a girl in small-town Cork – it felt a bit like one of Martin McDonagh’s Aran Islands plays. The performers – both the actors and Mick and the band – were excellent. It might go to Dublin, and I think it could have a life as a touring musical.

Suzy O’Mullane, who’s a painter from Cork. She does charcoalish, stark drawings and striking portraits of people. I’ve been following her for years, mostly on Facebook these days. She’s part of the artistic community in Cork, and there’s a strong connection between the artistic crowd and the musical crowd – we all live side by side.

I got Damien Dempsey’s new album Union two weeks ago, so I’m still getting under its skin, but it’s a great collaboration album, with people like Maverick Sabre and Pauline Scanlon on it. I love all of Damo’s work, but there’s a great strength to this album, a real power. My favourite song is A Child Is an Open Book with Katie Tempest – I love her. I wish I’d been on the record too.

Us Cork people love Cork so much. We think it’s the most beautiful city in the world, and it is, especially because of its two rivers, with an island in the middle. To me, it’s always been a fairytale, enchanted city. Fitzgerald’s Park along the River Lee is a special place, and the Shaky Bridge – a suspension bridge – is by a particularly lovely section of the river.

Cillian Murphy, and not just because he’s from Cork. I loved him when I saw him the first time in The Wind That Shakes the Barley, and enjoyed some of his subsequent movies too. It’s something to do with his piercing eyes.

The Blindboy Podcast. I’ve heard a few of them and they’re fascinating. And he’s an interesting character with a curious take on things. I really enjoyed the one he did with Billy Mag Fhloinn, and the one on suicide in Limerick gave me a good insight into the subject.

I love GarageBand, a well-known recording app. It’s like a little recording studio on a laptop. I use it to try a lot of different voices and pitches, I can spend hours going down rabbit holes.

I love shows like Game of Thrones and Vikings. I’m still missing Game of Thrones. People gave out about the ending but the whole thing is made-up anyway – everyone was acting like it was real! I thought it was great entertainment.

My favourite is Il Postino, The Postman, an Italian film which I saw dubbed in English. It’s about one of my favourite poets, Pablo Neruda, a Chilean, who stays on an island off Italy during the second World War, and his relationship with his postman. It’s a touching movie, and it will get you into poetry very quickly.