How To Be A Dictator: Timely look at narcissistic authoritarianism 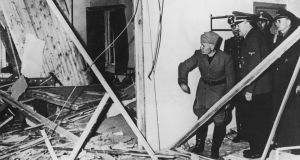 Book Title:
How To Be A Dictator: The Cult of Personality in the Twentieth Century

In a recent opinion piece in the Guardian, Marina Hyde laments the fact that in our era of Donald Trump and Brexit, toxic insecurity appears to have become a prerequisite for leadership. Trump and Boris Johnson, Hyde writes, are weak men who think they are strong.

In How To Be A Dictator, historian Frank Dikötter provides a timely reminder of just how destructive toxic insecurity, and its corollary, pathological narcissism, can become. The dictators Dikötter considers range from history’s greatest murderers, Mao, Hitler and Stalin, to lesser psychopaths, including Mengistu, Ceausescu and Duvalier. Throughout the 20th century, as Dikötter recounts, hundreds of millions of people across the planet, through choice or compulsion, learned to cheer these dictators, bow to their likeness, recite their work, and extoll their genius.

Comparisons between the 20th century’s dictators and Trump or Johnson are typically dismissed as hysterical and untenable. In terms of devastation wrought, this is certainly the case – so far. Nothing in the sorry sagas of Trump and Brexit compares remotely with the atrocities committed by the dictators in Dikötter’s new book. But in terms of the dynamics of narcissistic authoritarianism, there is much in How To Be A Dictator that is of critical contemporary relevance.

By considering a range of 20th-century dictators and their regimes in a single volume, Dikötter allows a common narrative to emerge. First, each of these dictators was, despite appearances, deeply insecure and breathtakingly incompetent, shortfalls that each covered up via pathologically narcissistic bravado. Mussolini is described as a surprisingly indecisive character hiding behind a façade of limitless self-belief; Mao as a man who worshiped himself, adored himself, would take every credit for every achievement but blame others for his failures; Stalin was someone who wanted people to be obedient instruments of his will, with no convictions of their own; Duvalier portrayed himself as the personification of God, exclaiming of himself “the word was made flesh”. As a parade of toxic narcissism’s poster boys, it is a line-up that is hard to beat.

Despite their glaring insecurities, Dikötter recounts just how readily each dictator could deceive. Gandhi visited Mussolini twice, proclaiming him “one of the greatest statesmen of our time”. Lloyd George, after visiting Hitler in 1936, declared that he was the “George Washington of Germany”. George Bernard Shaw kept a portrait of his idol, Stalin, on his mantelpiece and insisted that the mass murderer had “no malice in him”.

Toxic insecurity too formed the very basis upon which each dictator wielded power. Acutely suspicious of others, they surrounded themselves with mediocre sycophants. Mussolini trusted no-one, having no true friends, no reliable companions to whom he could speak frankly. Stalin had no friends, only underlings; no allies, only flatterers. Papa Doc Duvalier surrounded himself with yes-men, having disposed of friend and foe alike if they showed too much ambition. Moreover, this was a conscious strategy. When told by a follower that the party secretary, Achille Starace, was a cretin, Mussolini replied “I know, but he is an obedient cretin”.

One major consequence, unsurprisingly, was a hollowing out of the competence of the state. Dikötter has written about this masterfully in previous books on Mao, particularly in Mao’s Great Famine, which recounts how Mao’s narcissism and incompetence resulted in one of the greatest man-made catastrophes of the 20th century. So too with the other dictators in this book. Mussolini’s murderous war in Ethiopia killed over a quarter of a million people; Stalin’s famine in the Ukraine resulted in millions of deaths; in Kim Il Sung’s disastrous Korean War up to three million people lost their lives; Mengistu’s Red Terror led to famine in Ethiopia in which at least half a million people died.

Dikötter’s accounts of what happened after each fell dictator fell from power are particularly telling. In the months after Mussolini was shot, for example, people went about smashing his statues and chiselling the symbols of fascism from buildings across the country. They blamed Mussolini, not themselves, for the tragic fate that had overtaken them. This too is a common theme in Dikötter’s book. Rather than face up to our own part in our nation’s descent into barbarity, it is simpler, it seems, to blame the ruler and try to move on. As a consequence, countries seldom learn.

History only makes sense if we understand the psychological pathology that underlies it, and our own propensity for partaking in such pathology. We need a clear-eyed understanding of history as a recurring series of monumental follies, led by cretins who duped or forced millions of us into humiliating childish submission. Only then can we hope to avoid the repetition. Dikötter, in his previous outstanding books on Mao, and again here in How To Be a Dictator, is in the vanguard of historians opening our eyes to this fundamental truth.

Ian Hughes is author of Disordered Minds: How Dangerous Personality Disorders Are Destroying Democracy. He is a Senior Research Fellow at the MaREI Centre, Environmental Research Institute, at UCC.