When ecstasy was dealt openly on the Dublin rave scene

From the archive, 1994: Five undercover gardaí were offered drugs on entrance to Asylum nightclub 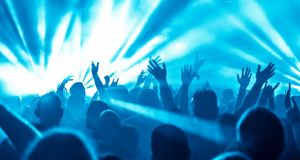 A page in The Irish Times on April 20th, 1994, didn’t exactly paint the nicest picture of the Irish music scene.

One news story was about three young Dublin men who were acquitted of involvement in an incident at a Guns N’ Roses concert in Slane three years previously, during which another young man was robbed and a car was damaged.

The judge ruled that the men were in unlawful custody “when spread-eagled by gardaí against a van in a car park in Slane,” and therefore evidence of anything that may have followed could not be given. But below that, there was a story about someone involved in music who absolutely did not get off.

In the Dublin District Court, the manager of the Asylum nightclub in Dublin was jailed for two years “for allowing the drug ecstasy to be openly sold to people as they entered his disco”.

Undercover student gardaí told the court how they were offered ecstasy in the club. The court was also shown a video of “known drug dealers” using the staff entrance. Joseph O’Neill, then 23, was jailed after pleading not guilty.

Five gardaí who partook in the surveillance operation were all offered drugs as they entered the Asylum club on different occasions. One Garda used marked notes to buy ecstasy from a dealer, which were then recovered from the dealer’s person.

The judge, Thomas Fitzpatrick called the club a “den of iniquity” and sentenced O’Neill to the maximum for the offence, essentially saying he was making an example of him as a deterrent to others. The previous November, as part of the co-ordinated surveillance on the club, ecstasy and LSD worth £3,000 was seized from the nightclub. Thirty people were arrested and 12 charged.

The Asylum was a landmark club in Dublin’s dance music scene. A three-storey building with a reddish-pink front, inside it was all minimal lighting, smoke machines, with brickwork painted white, and arched, church-like windows on the top floor.

In describing the club on his own website back in 2007, John Braine recalled, “It bore witness to the first batch of E casualties, burnt out ravers desperately chasing that initial rush, the dawning realisation that nothing this good lasts forever painted across their jaded faces. However, a fresh batch always arrived to fill the void and this new crowd kept the balance in check.

“The Asylum also welcomed in a new batch of DJs. Dilly, the then Northern Ireland mixing champ, took residency in the Asylum along with Dublin’s Ed case, Warren K and Pressure. The club’s eventual downfall was its very open display as a drug haven and it was soon shut down.”

But in the summer of 1994, the club was still, remarkably, open. And on July 3rd, when a fight broke out outside around 4am, it was reported that a 17-year-old man was shot in the stomach during an argument between what was reported as rival drug dealing factions. Several people were arrested.

The following August, another case was up in the Dublin courts. Jason Dunne, then 19, had been beaten up inside the club the previous summer, and “he was bleeding profusely from the scalp and neck when seen by gardaí to raise the pen-gun to eye level and discharge a .22 bullet at an angry crowd at Sackville Place outside the club”. He was jailed for seven and a half years.

Notes on Rave in Dublin, a 2017 documentary produced by DCTV and Rabble magazine, detailed aspects of how rave evolved in the capital. While Flikkers at the Hirschfeld Centre is often seen as sparking the genesis of a new era of dance-focused clubs that moved away from cheesiness and focussed on quality music, also in the mix were Sides, the Asylum, the Olympic Ballroom, organised raves at the Mansion House, followed by the Temple of Sound, G1, UFO, and then the Kitchen and the POD.

Today, the battle for Dublin’s dance floors has become a driver in the discourse surrounding gentrification in the city, with the largest music-focussed dance floors now outside of the city centre, such as a the events District 8 are booking at Bodytonic’s Jam Park in Swords, a venue rave scene innovator and stalwart Mark Kavanagh recently described as having “the best sound system I have ever heard in an Irish club”.