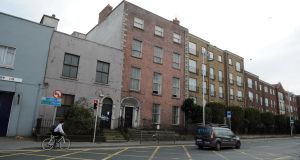 Turning James Joyce’s House of the Dead into a Joycean cultural centre would be “foolhardy”, one of the co-owners of the building has said, adding that developing a hostel on the site is the “only financially viable” plan.

Last month, a planning application was lodged with Dublin City Council to convert the house at 15 Usher’s Island into a 56-bed hostel.

The application generated a backlash when 99 prominent Irish and international writers, artists and academics wrote a letter calling on the Minister for Culture Josepha Madigan and Dublin City Council to “save” the house due to its literary importance.

“In the decades since Joyce’s death, too many of the places that are rendered immortal in his writing have been lost to the city. Let us not repeat this mistake today,” the letter stated.

The signatories added that 15 Usher’s Island is “not just another house connected with Joyce”.

However Fergus McCabe, one of the co-owners of the premises, said there has been a “misinterpretation of the proposal”. He added that the proposed development would include dedications to Joyce as well as the provision for accommodation.

“This application is for part of the building to be a cultural facility dedicated to James Joyce [and a cafe] and the remainder for a hostel because, as this is a protected structure only minimal alterations to it, either internally or externally, would be permitted under conservation regulations,” said Mr McCabe.

“As the five floors of the building are largely open plan this means that, for accommodation, a hostel would be the most suitable proposal to comply with the conservation requirements and would involve little remodelling,” he added.

The developer added that a “professional team” was engaged to do the planning application and the team comprised two conservation architects, a planning consultant, a chartered engineer and “other professionals”.

The building, which was sold for almost €650,000 two years ago, is known colloquially as the House of the Dead due to its association with the Joyce’s short story, The Dead.

It was bought by Dublin barrister and quantity surveyor Brendan Kilty in 2000, who refurbished the building over four years, recreating Victorian interiors in rooms that have since been used for Joyce-related events.

In 2012, Mr Kilty filed for bankruptcy in the UK, with debts including £2.1 million (€2.34 million) owed to Ulster Bank, relating to the Usher’s Island house. The house was sold in 2017 on the instructions of receivers.

Mr McCabe described Mr Kilty’s ambition to turn the entire building into a Joycean centre as “admirable”, adding that it “sadly proved financially unviable and never took off”.

Mr McCabe said a private investor would be “foolhardy to repeat this effort”.

“As a compromise the current proposal is the only financially viable one which would comply with the conservation regulations which are extremely stringent. The part of the building not dedicated to James Joyce lends itself to a hostel,” he said.

“The property is now in private hands and as owners we are striving to achieve the best possible outcome for all the interested parties,” he added.

In response to suggestions that the Minister for Culture should intervene to “save” the site, a spokesman for the Department of Culture said the house already had protection due to its listing on the city’s record of protected structures.

“Inclusion in the Record of Protected Structures places a duty of care on the owners and occupiers of protected structures and also gives planning authorities powers to deal with development proposals affecting them and to seek to safeguard their future,” he said.

As the Minister was a statutory consultee under the planning acts, and there was a live planning application under consideration by the council, she would not “be in a position to comment further at this point in the planning process”, said the spokesman.