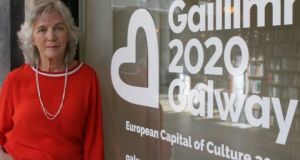 The chief executive of Galway’s European Capital of Culture 2020 Hannah Kiely has announced she is stepping down. 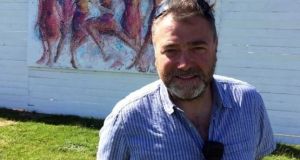 Pearse Doherty, a former band member of the Saw Doctors, has been appointed head of production for Galway European Capital of Culture 2020 event.

Galway’s European Capital of Culture 2020 project is in further turmoil over the loss of its chief executive, Hannah Kiely.

The development comes just over three months after the project lost its creative director, Chris Baldwin.

Galway 2020 chairwoman Aideen McGinley announced on Monday that Ms Kiely was stepping down, and two new appointments have been made.

Mr Baldwin’s departure in late May of this year, and controversy over the handling of a business engagement director post, prompted a number of city councillors, led by former Fine Gael mayor Padraig Conneely, to express concern about the €46 million project which is already running into funding shortfalls.

British arts consultant Steve Green, who was chair of the panel which selected Galway as European Capital of Culture for 2020 two years ago, said last month an EU monitoring report had raised “very serious concerns” about the city’s progress.

The report warned Galway was in “danger of losing track with the project and incurring further delays”, and identified the need to appoint a new cultural leader in the wake of Mr Baldwin’s resignation less than a year into his contract.

The EU panel’s report made 15 recommendations, including defining and integrating a new cultural leadership plan “as soon as possible”, and clarifying the “roles, hierarchies and relationships” of the team.

It sought a further update in November .

Cllr Conneely raised the issue at a Galway City Council meeting on Monday night and asked if Ms Kiely had resigned, and the reasons why. He also asked if there is a legally binding clause and if compensation was made to Ms Kiely.

He said he had been “castigated” in the chamber when he first raised the issue, and felt he had been “vindicated”.

He said while he supported Galway 2020, he did not support the governance and current management and commended the media for raising the issue, and criticised the Galway 2020 board for complaining to the Connacht Tribune about its coverage.

Cllr Pearce Flannery (FG), a former 2020 board member in his role as mayor, said Cllr Conneely’s comments were “disgraceful” and accused him of “bullying”, and said he was “not representing the interests of 2020...but trying to get headlines”.

Galway city chief executive Brendan McGrath paid tribute to Ms Kiely and said he had no doubt Galway 2020 would be “superlative”.

Galway’s budget is almost €46 million, but the 2020 project has recently indicated this might be cut to €39 million.

The museum on the banks of the Corrib is one of the top non-ticket paying visitor attractions outside of Dublin.