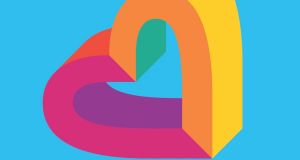 The Galway 2020 logo: Preparations have been dogged by funding problems and a number of high-profile departures.

Galway 2020 has appointed a UK arts management company Artichoke to act as the troubled event’s creative director, filling a role that has been left vacant for almost eight months.

London-based Artichoke will also support the delivery of a fundraising drive as part of Galway 2020’s partnership programme and provide strategic consultancy.

Galway will be the European capital of culture in 2020. The programme for the year will see events in venues and locations throughout the county.

However, preparations have been dogged by funding problems and a number of high-profile departures, including the resignation of Chris Baldwin as creative director last May less than a year into his contract. There has been no creative leader since then.

Artichoke is a creative company and a registered charity, funded by Arts Council England.

Co-founder Helen Marriage, who acts as CEO and artistic director of the company, said: “We’re thrilled to have this exciting opportunity to support what will be a truly memorable year for Galway as European Capital of Culture.”

There is an existing programme, largely devised from events in the bid book from when Galway competed for the European Capital of Culture 2020, and Ms Marriage said, “our role is to help enable things in the programme to take place, and to add other strands, including the opening and closing ceremonies”.

She would like to take a slightly different approach to the opening ceremony but “I haven’t decided what format that might take”, she told The Irish Times.

She will also be discussing projects with the event’s creative partners, including Druid Theatre, which last year scaled back its plans for 2020 because of uncertainty and funding. “It’s really a question of what time is available and what can be achieved in that time,” she said.

When asked if she will be based in Galway, Ms Marriage said: “I’ll be here an awful lot. Yeah, I’ll more or less move over.”

She will be based in the Galway 2020 offices, “physically - as far as I’m concerned we’re part of Galway 2020 team. You can’t do this job remotely.” She described it as an adventure and said she was “excited to be here”.

Asked about the tribulations of Galway 2020 over the past year, she said: “That pattern isn’t unusual in big city of culture projects.”

Having imagined what the programme might be, then making the bid, then winning it, “the question of delivering it can be more fraught than it might ever seem”, she remarked.

The reason it had been tense was that “everybody has such high hopes and ambition and passion, and all of that needs to be capitalised on”.

Artichoke’s speciality has been creating singular one off events, often over 18 months or two years. Ms Marriage describes herself as a festival creature - “I cut my teeth running the Salisbury festival for seven years”, and later at London International Festival of Theatre (LIFT). “There are people who don’t like the intense peaks and troughs of festivals. But it’s what I really love.”

“Coupled with the vast expertise and creativity of the Galway 2020 team, we are excited about the ambitious and visionary display of arts and culture that we will deliver.”