From Joyce’s Bloomsday to Joy: This week’s online cultural events

Bloomsday enthusiasts gather outside Davy Byrnes Pub In Dublin to commemorate the day with readings and recitals. The pub was visited regularly by James Joyce and features in both Ulysses and Dubliners. Video: Bryan O’Brien 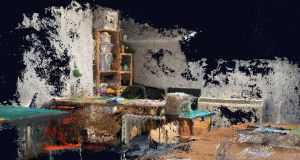 As our cultural engagement is still in limbo, even as the shutdown eases, this week’s virtual and alternative art has multiple opportunities to get involved as well as consume.

The 40th annual Oxford James Joyce Night is at 7.30pm on YouTube via oxfordbloomsday.live/

And if you haven’t watched it yet, treat yourself to A New Day Will Be, a global short film (around four minutes long) marking this Bloomsday above all others. Select lines from Ulysses, echoing our 2020 pandemic world, are performed worldwide. Filmed by Irish missions co-ordinated by the Department of Foreign Affairs and Trade and the Museum of Literature Ireland (MoLI), the film features an eclectic mix of performers in multiple languages, from Irish actors Olwen Fouéré and Tom Vaughan-Lawlor to former US presidential hopeful Beto O’Rourke, to novelist Colum McCann and leading European actors. View on the DFAT YouTube channel.

To raise the spirits and stand tall, play or sing Ode to Joy (Óid don Lúcháire) on your doorstep on Sunday evening. Every adult and child in Ireland is invited to perform the European anthem, joining more than 30 national organisations and many of Ireland’s 600,000 instrumentalists, singers, dancers and performers, curated by Prof James Cavanagh, in tribute to frontline workers on European Music Day. A livestream of Irish musicians and singers performing Beethoven’s Ode to Joy, with new lyrics by Poetry Ireland poet-in-residence Catherine Ann Cullen, from the NCH’s steps at 6pm, will be followed by people all over Ireland doing their own tribute, in any style (jazz, classical, traditional, pop, rock, rap, or recite a poem). odetojoy.ie has simple sheet music; share live on social media #OdeToJoyIE).

Many alternative cultural events come from Cork this week, with Midsummer Moments (check out corkmidsummer.com) up and at it, plus the Cork International Film Festival on Tuesday launches its new film club, at home (partnering with Gate Cinemas). To whet the appetite for November’s 65th anniversary festival, the club starts on Tuesday night at 7pm with the Irish premiere of the documentary Solo, Artemio Benki’s debut feature following Argentinian piano virtuoso Martín Perino’s struggle with mental illness (next week it’s Bulgarian feature Sister). With five programmes – Irish premieres of a new international feature and documentary, a classic double bill, award-winning shorts, and a special preview of a new Irish feature film – the club includes introductions, Q&As with film-makers and live chat for audience questions.

Buy tickets at corkfilmfest.org to watch over 24-48 hours, but do it live to enjoy the collective experience. Festival director Fiona Clark says: “We wanted to offer film lovers impacted by the temporary closure of Cork’s beloved cinemas a new way of enjoying a curated programme and collective experience together, even though we are apart.”

Cork Midsummer is also teaming up with Carlow Arts Festival to ask people to share their own quarantine space for a 3D visual arts project Shelter & Place, by artists Peter Power and Leon Butler, for a co-commission by both festivals, to build a digital monument to our unseen stories and quarantine spaces. See a video of their research so far and a sneak preview of the finished project via carlowartsfestival.com, where you can signal interest in taking part in what they describe as a “beautifully political project allowing a glimpse of the lockdown rooms others have inhabited during this time”.

Reflecting the loss that many performers feel at the moment, Niamh O’Sullivan says: “As a singer I have to sing. It’s like a physical need.” With the Friday Opera Sessions, “even though it’s not a live performance with audience, it still gives me adrenaline knowing it will be heard by a virtual audience. Nothing, absolutely nothing, beats the human contact between a singer, pianist and audience. I really look forward to the day we can all be together again and we can share with each other our souls and art. We artists are craving it.”

Harp Ireland plans a 200-strong ensemble concert for Friday June 19th as part of its online #harpsforhope series on harpireland.ie (see the Events page). Cruit Éireann/Harp Ireland is the resource hub for the harp, which got Unesco recognition as a symbol of intangible cultural heritage last year. It responded to people saying how connected they feel to the sound of the harp, how it comforts them and expresses togetherness when collectively undermined by uncertainty, by starting the series, with videos of gorgeous music to lift the soul, from a large number of leading harpers.

The last of NCH’s excellent live concerts – streamed from the National Concert Hall stage, with a virtual audience – features internationally renowned pianist Barry Douglas on Friday at 8pm. He’ll perform his own arrangement of My Lagan Love and Carrickfergus as well as Schubert’s moments musicaux, Rachmaninov’s moments musicaux, Tchaikovsky (from The Seasons), and Mussorgsky’s Pictures at an Exhibition. Douglas observes: “We, humanity, have been jolted by this crisis, and we, artists and musicians, must and will adapt, so as to keep art and creativity alive for our audiences.” Watch live (or catch up later on the entire series) via NCH’s YouTube, Facebook or on RTÉ. NCH.ie