Cineworld shut down ... Bond postponed again ... The cinema sector is on life support 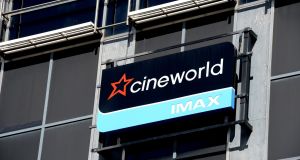 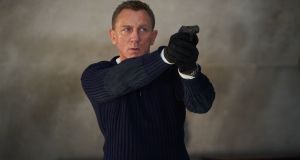 The news that Cineworld is to indefinitely close all its UK and Irish sites has sent further shivers through a traumatised cinema exhibition sector.

One’s first thoughts must go to the staff who, like so many other modestly paid workers, have been struggling to settle bills during the Covid crisis. Already closed due to government restrictions, Cineworld on Parnell Street, the company’s only Irish venue, has now been placed in (at best) a state of suspended animation. Some 5,500 jobs across the UK and Ireland are at risk.

The announcement confirms that James Bond has become a metaphorical canary in the exhibition sector’s coalmine. Back on March 4th, a week or so before the full scale of lockdown revealed itself, MGM and Eon Productions announced that No Time to Die, the 25th film in the franchise, would move from April to November 12th. A lot has changed since then. At the weekend it was confirmed that No Time to Die will now open on April 2nd.

In March, many industry observers thought there was no reason to shift dates. Many more thought that kicking back six whole months was a positively absurd overreaction.

It took only a few days for other studios to follow suit. The summer was supposed to welcome Top Gun: Maverick, Black Widow, Fast and Furious 9 and many others. All those films eventually moved to 2021. Others such as Mulan and Trolls World Tour transferred to streaming services.

No Time to Die eventually ended up as one of the few remaining blockbusters sticking to a 2020 release. Just last week, the distributors launched a James Bond podcast and a new video for Billie Eilish’s theme song. It seemed as if they were digging in their heels.

Along with Wonder Woman 1984 and Dune — at time of writing still scheduled for December release — Bond came across as one of the brave imperialists defending Rorke’s Drift in Zulu. That cause seems lost for now.

Few would bet their life savings on Dune, adaptation of Frank Herbert’s space opera, and Wonder Woman, latest from the DC Expanded Universe, arriving during the festive season. But you never know. Certainly, Bond’s demise did for Cineworld’s hopes of a return to clanging tills in November.

The performance of Christopher Nolan’s Tenet clarified absolutely nothing. Released in late August, the epic thriller was tentatively talked of as the movie that would save cinema. Nobody knows quite what to make of its performance. The film has currently made just over $300 million worldwide. That is not enough to put it in profit and a long way short of what Warner Brothers would have expected in a normal year.

But who knows when we will again see a normal year? Maybe the studios would be as well taking the best nine-figure sum they can grab. The staff at Cineworld in Parnell Street would certainly favour that option.

We scarcely have space to list the oddness of this year’s movie year. As the summer dragged on and larger titles kept vanishing, it began to look as if Bad Boys for Life, released before the virus hit Europe, might end up as the highest-grossing film of the year worldwide. It now seems as if that honour will, for the first time since records began, be claimed by a film in a language other than English.

Currently at $441 million, the Chinese epic The Eight Hundred is almost certainly out of reach. There is some good news buried in that arcane statistic. The Chinese box office is recovering. The territory that was first hit by Coronavirus is returning to something like normality.

It is, however, hard to imagine the industry clanking out its biggest beasts when major markets such as New York and Los Angeles (along with smaller ones such as Dublin) remain closed for business.

Forty-three years ago, Star Wars opened in Ireland a full six months after its debut in the United States. In an era of digital piracy, globally intertwined media and instant communication, such strategies are no longer viable. The big US films will not open worldwide until they can open profitably in their home territories. Commercial cinemas will struggle to survive without the blockbusters that dominate the industry like never before.

Meanwhile, the fate of Cineworld remains in doubt. Cinemagoers in Dublin will bemoan the (temporary, we hope) loss of another city-centre venue. Up until the 1980s, there were still movie houses throughout the area. The Green, the Cameo, the Adelphi, the Ambassador, the Metropole, The Film Centre and The Carlton are just a few of the venues that have vanished since then.

The essential Irish Film Institute ploughs its own arthouse furrow on Eustace Street. The lovely Light House does good work two or three Luas stops from the shopping hub. When restrictions lift, however, it looks as if the venerable Savoy — yet to reopen after the initial lockdown — could become the last mainstream cinema operating in the heart of the capital (including Odeon at the Point is a bit of a stretch).

Cineworld was never the loveliest venue. Opened in 1995 as Virgin Cinemas before passing to UGC in 1999 and then Cineworld in 2005, the venue has, nonetheless, an immovable place in the heart of the city’s film enthusiasts.

The massive Screen 17 brought IMAX back to Dublin. Various incarnations of the Dublin International Film Festival played out in its labyrinths.

Many are the grown men and women whose parents had their first date before some Hollywood blockbuster on Parnell Street. Let us hope that pattern will be repeated when No Time to Die or Black Widow finally make it to cinemas.

A ‘baffling’ adaptation of Sebastian Barry’s The Secret Scripture
9