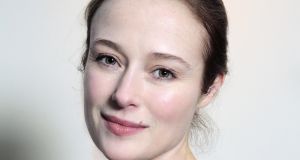 Jennifer Ehle in Saint Maud, where she plays Amanda – a bitter former modern dancer and celebrity in the last stage of lymphoma.

Some 25 years have elapsed since Jennifer Ehle, fresh from her iconic Bafta-winning turn as Elizabeth Bennet in the BBC’s Pride and Prejudice, was one of the most recognisable faces on the planet.

It was a part, she says, that allowed her to fashion her subsequent career. That career has been comparatively low-key.

Post-Bafta win, she opted for Richard III, the first of three plays she would perform at the Royal Shakespeare Company. Not long after she won a Tony for her work on a 2000 Broadway production of Tom Stoppard’s The Real Thing, she stepped away from acting for several years, only to arrive back with bang, with The King’s Speech, George Clooney’s The Ides of March and a second Tony-winning turn in Stoppard’s The Coast of Utopia.

At her home in upstate New York, the locals call her Jennifer Ryan – her husband is the writer Michael Scott Ryan – and don’t know what she does for a living. “It’s very rare for me to be recognised,” she says. “In New York City if somebody comes up it’s generally because they’ve seen me in a play. If it’s anywhere else it’s Pride and Prejudice or The Camomile Lawn.

“About 10 years ago, I shaved my head for a film. and I was in my local grocery store with my son. He was two or three at the time. And one of the managers of the store – who I’ve known to say hello to for years – ran after us into the car park. It was right before Easter and she gave a big package wrapped in cellophane to my son. And I suddenly realised she thought I was sick. I didn’t know how to tell her. For years afterwards she would look at me and seem relieved that I was well and that I had survived. I still feel a bit guilty.”

She remains in demand among name directors, having worked with, among others, Kathryn Bigelow on the Oscar-winning Zero Dark Thirty and Detroit, Stephen Soderbergh on Contagion, and Terence Davis on A Quiet Passion. “Terence and Stephen and Kathryn are extraordinary directors,” says Ehle. “Everybody who is working on one of their movies is excited to be there. There’s a track record there and you come on board – I certainly did – with a knowledge of their work and the stories they want to tell. You have complete faith in their vision. Everybody does.”

In recent years, between pay days in the likes of Fifty Shades of Gray and Robocop, many of Ehle’s most-praised performances can be found in independent films from up-and-coming talents. She’s a publicist under pressure in Brady Corbett’s Vox Lux, the mother of a troubled teen in I Kill Giants, and the terrifying principal of a a gay conversion therapy in The Miseducation of Cameron Post.

“With those projects, it was just a gut response,” she says. “There is no plan or design. I’ve never sat down and thought oh, that might be a good career move. It’s much better to just follow my instinct. My gut has brought me to most of the fun things I’ve ended up being in. I’ve read them and I’ve loved them right away. With Miseducation of Cameron Post, I had to stop myself for a second and think if I would be able to play somebody who had such fundamentally different beliefs from my own. But I had complete faith in the project from the beginning.”

Ehle, in keeping with her relatively anonymous life, doesn’t give many interviews. Saint Maud, however, is a project she’s willing to bat for. The debut feature from Rose Glass, the film has won many admirers since it premiered at the Toronto International Film Festival last year. Noted fans include Danny Boyle, who called it “a genuinely unsettling and intriguing film. Striking, affecting and mordantly funny at times, its confidence evokes the ecstasy of films like Carrie, The Exorcist and Jonathan Glazer’s Under the Skin.”

The titular Maud (Morfydd Clark) is a palliative nurse and religious fanatic who is convinced that she was put on this earth for a higher purpose. After she is hired to care for Amanda (Jennifer Ehle), a bitter former modern dancer and celebrity in the last stage of lymphoma, Maud believes she has found her calling. A fraught relationship – punctuated by occasionally terrifying scenes of body horror – ensues.

“My agent sent me the script and said, ‘I’m not going to tell you anything about it; just read it’,” says Ehle. “And then I watched Rose’s short films and it was clear that she is an artist who isn’t just a great writer. She’s a really smart artist. She knows how to put it on the screen even more eloquently than she writes. Speaking to her she has real confidence. Maybe confidence is kind of the wrong word; for some people it has a sort of stink about it. With Rose, she’s capable and resilient, and she has an enormous array of colours in her paintbox.”

Ehle’s character was originally English. Her American accent brings a shade of Norma Desmond to the role.

“They didn’t have a massive budget so early on I wanted to know how much we should think about a dialect coach,” she says. “Playing an interesting person is always fun. But this was especially fun. It was a great group of people and a really young company. I think there were only three of us that were over 45. Problem solving and some of the most fun you can have; trying to figure out how to do something the best with the group of people who all care equally about the outcome. It’s always great to put your heads together. That’s the part of the job I like best.”

Ehle was born in 1969, the only child of American writer John Ehle and British actor Rosemary Harris. She had a peripatetic, cross-continental upbringing between London and North Carolina. She had bounced between 18 schools by the time she graduated from London’s Central School of Speech and Drama.

“It wasn’t even just having a North Carolina self or London self,” she recalls. “A lot of actors seem to have very transient childhoods. I changed schools a lot. And you get very good, from a young age, of coming into social situations and figuring out where there is a gap where you can fit in. Where is there a need within the microcosm? When you are the new kid in a new school as often as I was, you get quite good at swallowing bits of yourself. You develop a very flexible sense of self and a sense of empathy. That was true for my mother as well. Growing up, she was an army brat.”

In 2000, both mother and daughter were nominated for the same Tony award, Harris, who was shortlisted for her turn in Nöel Coward’s Waiting in the Wings, lost out to her daughter. Ehle still looks to mum for advice.

“Mum and [I] talk about it more than we used to,” she says. “I went through a stage recently when I was reading books about acting. And we would sit and talk about those. I mean at first I was too shy to talk to talk too much to mum about it. But now it would be really kind of silly not to ask her questions and learn all I can from her. To me, there’s nobody better.”