Discrediting of movie stars we admire can be hard to process. But we never really knew them 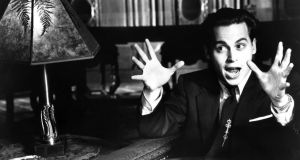 The grim soap opera that is Johnny Depp’s career – less Dynasty, more a gothic telenovela – took another swerve last week with the publication of a fawning interview in British GQ magazine. Lawyers representing Amber Heard, who divorced the actor last year, have taken issue with his denials of alleged physical abuse.

A statement read: “If GQ had done even a basic investigation into Mr Depp’s claims, it would have quickly realised that his statements are entirely untrue. Mr Depp has blatantly disregarded the parties’ confidentiality agreement.”

Good luck with that.

There is plenty in the piece that feels queasily misjudged, but it is, as much as anything else, the tone that has set teeth on edge. Depp is proudly declared an “outlaw” on the front cover. That’s not just another word for criminal. There are hints of the old west, of brave rebellion, of resistance to conformity. Oh, please. He’s an actor from Kentucky who, when it was suggested that he’d spent $30,000 a month on wine, joked that it was insulting to propose he’d spent so little. You know? Like Billy the Kid. Or Emiliano Zapata.

The piece reminds us that the depressing cult of the celebrity debaucher hasn’t gone away just yet. There is, however, less of it around than there used to be.

It’s interesting to make a comparison between the character that Bradley Cooper plays in A Star is Born and the man that Bradley Cooper actually is. Jackson Maine is a boozer and a pill guzzler whose addiction poisons relations with the one woman who might have saved him.

Bradley Cooper is a well-spoken Georgetown University graduate who likes to read Proust in the original French. Cooper doesn’t allow Maine to accrue any of the seedy glamour that once gathered around “outlaw” musicians. The booze is not only killing him; it’s stripping him of dignity. (If you haven’t seen the film yet then skip past the spoiler that follows these parentheses.)

Whereas, in the 1954 version, James Mason gave Judy Garland an accidental dig at the Oscars, here Jackson Maine publicly wets himself at the Grammys. Something has changed.

Two different schools of “outlaw” star ruled in the post-war years. Tweedy “hell-raisers” such as Oliver Reed, Peter O’Toole and Richard Burton were celebrated for remaining upright after the third case of burgundy. Reed was among those whose legend was further burnished by falling off swivel chairs on mainstream chat shows.

As the 1960s crept on, the barstool troublemakers made way for supposedly heroic drug users in the rock industry. The early deaths of Janis Joplin, Jimi Hendrix and Jim Morrison (one of Depp’s greatest heroes) did little to quell the awe that hung around survivors such as Keith Richards or Ozzy Osbourne.

Similar cults built around brain-zapped writers such as William S Burroughs and Charles Bukowski. That last author is a particular favourite of half-bright lit-bro’s who equate pharmaceutical and alcoholic dissolution with genius. As we speak, some drunk undergraduate is boring some poor, poor woman to death about the brilliance of Bukowski’s Ham on Rye. Get out before he starts on Hunter S Thompson (whose remains Depp shot into space at a cost of around $3 million).

Don’t get me wrong. Many of the people listed above have done good work. Johnny himself is excellent in Ed Wood. You could do worse than read Burroughs’s Junkie.

But the cult of the artistic outlaw has long outstayed its welcome. Too often the chemical rebellion is coupled with a disturbing attitude towards women. In one of Oliver Reed’s most replayed drunken TV appearances, he closed by pressing his lips onto those of the feminist writer Kate Millett and damp-mouthing the words: “Give us a kiss, big tits”. Burroughs actually shot his wife dead.

There is a wider issue here as regards our relationship to movie stars, rock musicians, writers and all the other people we may be tempted to idealise. As the revelations about sexual abuse in Hollywood surged following the Weinstein scandal, many fans felt a sort of rupture between themselves and the people they admired.

Even if one could still dispassionately admire the films of, say, Roman Polanski – another, blah blah “outlaw” – one was newly aware of a moral chasm between artist and audience.

Here’s the truth. You never knew these people. You never had any real connection with them. The “outlaw” persona is inherently idiotic, but it is no less reliable than any other reductive type imposed on a famous person.

Don’t pretend the stars are your pals. They’re light years away and dead to your existence.