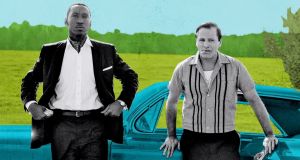 Nothing says “Oscar season” more than the timely unveiling of a scandal concerning one of the high-profile nominees. Pundits believe that comments Gerard Depardieu was alleged to have made about childhood sexual experiences did for Jean-Paul Rappeneau’s Cyrano de Bergerac in 1991 (who remembers Xavier Koller’s Journey of Hope, the eventual winner of that year’s best foreign language film award?)

When Russell Crowe got heavy with a TV executive after his speech was cut at the Baftas in 2002 his chances of taking best actor for Cinderella Man plummeted.

Yet, something odd is happening this year. One might have suspected that, in the era of #MeToo, inconvenient scandals would be more likely than ever to damage a film’s chances.

Detainment and the Bulger family

Gossip has simmered around two of the year’s multiple nominees – Green Book and Bohemian Rhapsody – but neither film has broken its march to glory. It is in the traditionally rarefied category of live action short that controversy has really registered.

Irish director Vincent Lambe’s Detainment is derived from the transcripts of police interviews with Jon Venables and Robert Thompson, the two boys convicted of killing toddler James Bulger in 1993.

Relatives of the victim have expressed disgust at the Academy’s selection and at Lambe’s decision not to seek their permission before shooting the film. Over 130,000 people have signed a petition demanding it be pulled from the Oscar race.

“I understand the film at the moment is causing upset to the family and that’s probably the hardest thing for me to deal with now because I have so much sympathy,” Lambe told Variety. “But I think it’s an important film, and if we were to withdraw it from the Oscars, it would defeat the whole purpose of making the film in the first place.”

Denise Fergus, Bulger’s mother, has not been persuaded. “I think it shouldn’t get the Oscar,” she told ITV. “And if he feels that strongly about hurting the family, then I think he should pull it himself.”

The relative chances of the contenders in short-film categories – rarely involving established film-makers or actors – are impossible to accurately assess. A French film called Marguerite is nominally the favourite, but the attention paid to Detainment could take it either way. It may repel some voters. It will almost certainly stimulate the curiosity of others. With few precursor awards to offer a narrative, we will have no clues until the envelope is opened.

Green Book and the N-word

Meanwhile, the two bigger features continue to ride above the chatter and outrage. Peter Farrelly’s Green Book has suffered a quadruple whammy that might have felled a less popular release.

The family of late pianist Don Shirley, played by Mahershala Ali in the movie, claimed that the friendship between him and Tony Vallelonga, given broad charm by Viggo Mortensen, was greatly exaggerated. No surprises there. This sort of thing always happens with stories adapted from recent history. That’s how mainstream movies work.

This came after Mortensen spoke the N-word out loud in a conversation about race. He was clearly using it in an abstracted sense – within inverted commas, as it were – but Ali still felt compelled to point out that the usage was “always hurtful” before accepting his friend’s apology.

It then emerged that Farrelly, director of broad comedies such as Dumb and Dumber, had a habit of flashing his penis at actors as “a joke”. It helped a little that Cameron Diaz, star of There’s Something About Mary, seemed relatively untroubled by this predilection. “When a director shows you his penis the first time you meet him, you’ve got to recognise the creative genius,” she laughed. But we just don’t do this sort of thing any more.

There was more to come. The Curse of Old Twitter is forever raising its ragged head. It emerged that Nick Vallelonga, son of Tony Vallelonga and co-writer of the film, had replied in dubious fashion to Donald Trump’s tweet suggesting he saw people celebrating in New Jersey after the attacks of 9/11.

Vallelonga wrote: “100% correct. Muslims in Jersey City cheering when towers went down. I saw it, as you did, possibly on local CBS news.”

Don’t look for the tweet. It is no longer there.

The concerns about Bohemian Rhapsody go back a lot further, but they have recently become a good deal more urgent. That film still credits Bryan Singer as director, but you will note that his name was not mentioned when Rami Malek, acclaimed for his turn as Freddie Mercury, won at the Golden Globes and the Screen Actors Guild.

Singer, already awash in accusations concerning his sex life, was fired from the set after not returning from a Thanksgiving break and replaced – cannily, it should be said – with the much-liked Dexter Fletcher. Unfortunately for the production, Director’s Guild of America rules decreed that only Singer’s name could appear in the credits. Nobody is sure how much either man shot.

The concerns about Singer’s past behaviour were sharpened last week when a much-anticipated exposé was published in Atlantic magazine. “The report, the result of 12 months’ worth of investigative work from the writers Alex French and Maximillian Potter, contains accusations of rape and coercive sex with men and under-aged boys,” the magazine alleged.

Fury has swept across Hollywood at the news that Singer is not to be fired from the upcoming remake of Red Sonja. Avi Lerner, producer of that film, commented: “The over $800 million Bohemian Rhapsody has grossed, making it the highest grossing drama in film history, is testament to his remarkable vision and acumen.”

Let’s just point out that, 20 years ago, Titanic made over three times Rhapsody’s take and move on.

Rumours abound that there was no love lost between Malek and Singer. The star has trodden lightly when discussing the director in interviews. “I would love to talk about [him]; believe me, I would,” he told Tara Brady from this newspaper in October. “I’ll be quite frank. I didn’t love the situation. Thank God we had Dexter Fletcher step in.”

Fletcher, who has directed the upcoming Elton John biopic Rocketman, has been conspicuous by his absence in awards season.

So why have the New Year surprises not hindered Green Book and Bohemian Rhapsody at the awards races? What happened to the newly right-on Academy that voted Moonlight best film two years ago? Ali has also won acting awards at both the Globes and SAG. The films compete against one another for the best picture Oscar.

Mark Harris, author and critic, put it well in an article for Vulture. Noting the apparently jarring nominations for films such as Alfonso Cuaron’s Roma and the broader Green Book, he reminded us that five years ago the Academy made a drive to diversify its ranks.

“Mission accomplished,” he wrote. “This morning’s nominations reflect a completely polarized votership many of whose various constituencies can’t stand one another! The resemblance to real life is uncanny.”

In other words, different demographics are voting for different films. Green Book provides an option for an older, less adventurous member who is freaked by foreign films such as Roma or angry films such as BlacKkKlansman.

Or perhaps we’re overcomplicating the argument. There have always been voters who care not a jot for the scandals. There is more chatter than ever and that crowd is probably even less likely to take heed. They like Freddie Mercury. They think Rami Malek is a good actor and a nice guy. They laughed at Viggo Mortensen bellowing through his meatball sandwich in Green Book.

Sometimes a cigar is just a cigar.

Dr James Barry: the Irishwoman who fooled the British Empire
7