The Austin Powers character was a stupid, hypersexual stereotype of our community 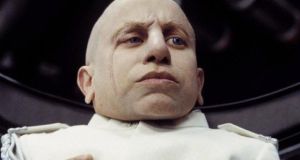 I hate the character Mini-Me – the replica, the biddable pet, the victim of violence made to appear funny 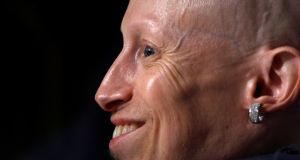 I have dwarfism. I was 13 when Verne Troyer, who died on Saturday, hit our screens as Mini-Me in Austin Powers sequel The Spy Who Shagged Me. The character was a compound of stereotypes of people with dwarfism.

He was hypersexual, unintelligent and aggressive. He was not even a character in his own right but a replica of another, average height role. Like dwarf performers in circuses of days past, his character only existed in contrast to others.

In one scene, Mini-Me appears in a sling strapped to Mike Myers’ chest, like an infant. In the follow-up film, Goldmember, another character threatens to eat him because he “looks like a baby”. Throughout the series he serves as Dr Evil’s biddable pet.

I imagine few who watched it know that in the past aristocrats and monarchs often “kept” dwarf people like this – abusing, ridiculing, and, sometimes, even killing them.

Worst of all was the way the films turned violence towards dwarf bodies into a spectacle for comedy. Re-watching clips while writing this article, I felt sick at the sight of Myers’ foot smashing into Troyer’s 2ft 8in body – seeing it crumple against the wall.

From Roman times, when dwarf people were forced to fight each other, to dwarf wrestling today, violence towards dwarf bodies has served as entertainment for average height, able-bodied audiences (often including children).

I imagine few who laughed at such scenes know that studies show around 12 per cent of people with dwarfism – including this author – have experienced physical violence because of our bodies. Nearly 80 per cent have received verbal abuse.

The Spy Who Shagged Me would later go on to gross more than $300m worldwide. It was nominated for and won numerous awards. Yet it did huge damage to our struggles not just for positive representations, but for equality and respect more generally. The film is almost 20 years old yet I, and no doubt many like me, still hear strangers’ shouts of “Mini-Me!” as we go about our daily lives.

After Troyer’s death on Saturday at the age of just 49 a statement on his Facebook page said that he had struggled with “his own battles” but that “unfortunately, this time was too much”. While no cause of death was formally announced, “depression and suicide”, the statement noted, “are very serious issues”.

Sadly, depression and suicide are too common in dwarfism communities. Among those who participated in academic research, more than a third reported experiencing mental health problems. Loneliness and isolation are not unusual. Over the years, several actors with dwarfism have killed themselves, including David Rappaport and Hervé Villechaize.

In her powerful article Little People, Big Depression, Rebecca Cokley reflects on how news of Rappaport’s passing affected her as a young girl and remembers her own friends with dwarfism who died too young and too soon.

“I don’t think that a majority of my community are depressed because they’re little people,” she writes, “however I have no doubt that society’s objectification of little people adds insult to injury (literally) and can push folks over the edge.”

Soon after news of Troyer’s death appeared on Twitter, the pathetic and vile jokes began. Even in death, his body marks him as a target for ridicule. Ignorant still but much less malicious were comments that he was “bigger than [insert height here]”, “a small guy but had a big heart”, or “a big man in a tiny package”, and so on.

Such remarks, commonly used by the media, propagate assumptions that dwarfism is something negative for which we have to compensate through our achievements or character.

As Cokley points out, it is often in death that average height and able-bodied people easily erase an individual’s disability or difference – as demonstrated by the recent passing of Prof Stephen Hawking – to claim they were “larger than life” or are “ finally free from their disability ”.

I hate the character Mini-Me – the replica, the biddable pet, the victim of violence made to appear funny. But I was moved and saddened to hear of Verne Troyer’s passing and to learn more about his struggles. I am thinking of those who knew and loved him, those he knew and loved, those who now have an empty space in their life.

It should not take the death of a member of the dwarfism community to prompt a sincere and meaningful discussion about the prejudice and discrimination many dwarf and disabled people face in their everyday lives. But it is a discussion we really need to have.

Lifting the lid on paid-for politics
5