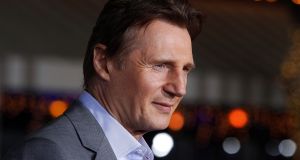 The red carpet event in New York on Tuesday for Liam Neeson’s newest film has been abruptly cancelled amid fallout from the actor’s comments about decades-old thoughts he had about killing a black person.

Movie studio Lionsgate declined to comment but a source familiar with the matter said that a red carpet, where movie stars pose for photos and speak with reporters, would be inappropriate.

The US premiere for the movie, in which Neeson plays a man seeking revenge for his son’s killers, will still go ahead.

The changes came hours after Neeson appeared on Good Morning America to address his comments, telling interviewer Robin Roberts that he is not a racist.

The actor told Roberts discussion about these things is needed because bigotry and racism exist.

He was quoted in an interview by the Independent on Monday describing his violent thoughts about killing a black person nearly 40 years ago after learning that someone close to him had been raped.

In the interview, Neeson said he related to characters in his movies such as Taken who sought revenge when someone close to them was hurt. He said a female friend told him decades ago that she had been raped by a man who was black.

Neeson said he had spent “maybe a week” walking near pubs with a heavy stick and “hoping some ‘black bastard’ would come out of a pub and have a go at me about something, you know? So that I could ... kill him.”

A history of her story
10

Brian Cox: ‘Princess Margaret started to run her fingers down the inside of my shirt’
Real news has value SUBSCRIBE