The director’s new film, Monsoon, explores the wartime legacy of his childhood home 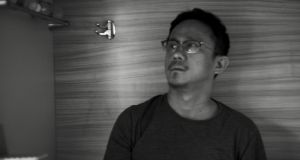 Hong Khaou: ‘I grew up on a staple diet of American films about the Vietnam war. That’s such a shame’

Back in the early 1970s, a promising young film director named George Lucas was gearing up to make a verite-style anti-war Vietnam movie called Apocalypse Now, a name devised by Lucas’s chum John Milius. That billing was handed along to fellow Brat Packer Francis Ford Coppola, who soon headed off to Manila for one of the most torrid shoots in Hollywood history.

Lucas, meanwhile, transported the guerilla war waged by plucky rebels against a technologically superior superpower to a galaxy far, far away.

At a 2005 press conference before the release of Revenge of the Sith, Lucas said: “[Star Wars] was really about the Vietnam War, and that was the period where Nixon was trying to run for a [second] term, which got me to thinking historically about how do democracies get turned into dictatorships?” The official Star Wars website, accordingly, notes that the Viet Cong were the inspiration for the Ewoks.

Strangely, barring the furballs of planet Endor, cinema has seldom engaged with the Viet Cong, save as a lesser-spotted jungle menace. It’s a historical omission that British director Hong Khaou was keen to address.

I can’t say it’s autobiographical. I’m not as tall as Henry Golding or as handsome as him

“Actually, I didn’t know that about Star Wars and George Lucas,” he says. “But it completely makes sense. It’s odd, isn’t it? It’s odd that the dominant perspective is the American perspective. I grew up on a staple diet of American films about the Vietnam War. That’s such a shame. We probably have a generation of adults who have only viewed that conflict from that perspective.”

Khaou’s second film, Monsoon, is a quiet, graceful drama that has, for all its nuance, made a splash at such international shindigs as the Karlovy Vary International Film Festival. Khaou says the film is “personal” rather than confessional and yet it’s impossible to overlook the parallels between Monsoon’s protagonist and its writer-director.

In common with Kit (played by Henry Golding), Khaou was born in Cambodia and was only a few months old when the Khmer Rouge took Phnom Penh in 1975, prompting his parents to flee to Vietnam. They remained there for eight years before migrating to England as “boat people”.

“I can’t say it’s autobiographical,” says Khaou. “I’m not as tall as Henry Golding or as handsome as him. A lot of the ideas and memories are filtered through me. The film does come from a very personal place. But at the same time you have to balance it a bit and exaggerate and dramatise for it to work in the context of a film. The thoughts and feelings and struggles of the characters are not me but they are filtered through me.

“After I got into the Sundance screenwriters’ lab, they gave me a grant that allowed me to go back to Vietnam for the first time. Returning to Vietnam really gave me a better idea of what the shape of this film was going to be. After I visited Hanoi I felt I was slowly able to find all these different characters and components.”

In Monsoon, Golding delivers a career-best performance as Kit, a gay man who returns to his native Vietnam following the death of his parents. Wandering around Ho Chi Minh City, he struggles with the language and the dramatically changed landscape.

I wanted Kit to be absolutely confident in his sexuality. I didn’t want any baggage about it

“Vietnam was an alien place for me,” says the director. “I think a lot of the memories I have of Vietnam are of a Vietnam that no longer exists, if you see what I mean. I left in 1983. Vietnam was quite rural and very Third World back then. And now it’s this thriving, ambitious metropolis. I was born in Cambodia. I’m not Vietnamese. But returning to Cambodia, I had no reference because I left when I was a baby.

“So in some ways the film is about that weird romantic notion that we need to go back to the past in order to strike a path forward. And what happens when the past is not accessible. And the struggle between cultural and national identities is one of those things I carry with me.”

Monsoon is, among other things, a romantic drama. In Vietnam, Kit embarks on a romance with an African-American expat named Lewis (Parker Sawyer), a contemporary relationship that is framed by the Vietnam War as both men’s parents were involved in the conflict.

“It’s my take on the war but it was never going to be a period war film,” says Khaou. “Lewis and Kit are born after the war. But they are products of it. And it’s my take on Vietnam. Vietnam is always seen as a victim. And I wanted to show it as it is.”

Henry Golding’s star is currently on the rise on the back of appearances in Last Christmas and Guy Ritchie’s The Gentlemen. Khaou, who had never seen the British-Malaysian star act before casting him in Monsoon, notes they got very lucky.

“I wanted Kit to be absolutely confident in his sexuality,” says the writer-director. “I didn’t want any baggage about it. I really needed an actor that was comfortable in his own skin but could give us access to an internal struggle. I was really excited by Henry. We did a lot of auditioning over Skype taping and eventually I flew over to LA and started working on a few scenes.

“Partly because Henry doesn’t come from a trained acting background, his performance comes from a place that is really honest. He didn’t have that much experience when we cast him. He had made two films – Crazy Rich Asians and A Simple Favour – but we hadn’t seen them yet. So I had no idea I had cast the Henry that we know now.”

U2: All That You Can’t Leave Behind (20th Anniversary Edition) review – A timely reminder of their firepower
3

‘The shambles of Maamtrasna’: The case of Myles Joyce, hanged and pardoned
10

In a word . . . intensity
Real news has value SUBSCRIBE