‘Do not give your voice up for a man’: Keira Knightley bans Disney princesses 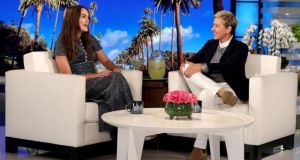 Disney princesses: Keira Knightley won’t let her daughter watch Cinderella, “because she waits around for a rich guy to rescue her”. Photograph: NBC

Keira Knightley and Kristen Bell have voiced their concerns about the messaging behind some Disney princesses.

The British actor has revealed that Cinderella is banned in her house, “because she waits around for a rich guy to rescue her”, she told The Ellen DeGeneres Show. Knightley, who has a three-year-old daughter, also objects to The Little Mermaid. “This is the one that I’m quite annoyed about, because I really like the film, but Little Mermaid. I mean, the songs are great, but do not give your voice up for a man. Hello.”

Bell, the American star of The Good Place, who also voiced Princess Anna in the Disney animation Frozen, said the studio’s classic Snow White and the Seven Dwarfs sent the wrong message to young girls.

Speaking to Parents magazine, Bell said she warns her daughters, five-year-old Lincoln and three-year-old Delta, to be wary of Snow White’s themes. “Every time we close Snow White I look at my girls and ask, ‘Don’t you think it’s weird that Snow White didn’t ask the old witch why she needed to eat the apple? Or where she got that apple?’ I say, ‘I would never take food from a stranger. Would you?’ And my kids are, like, ‘No!’ And I’m, like, ‘Okay, I’m doing something right.’”