Review: Credible picture of an ordinary family cast into an extraordinary situation 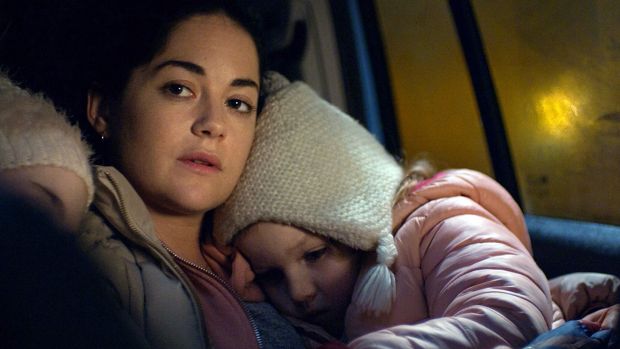 More than 50 years ago, Ken Loach’s Cathy Come Home alerted the British public to a looming homelessness crisis that a complacent media was largely ignoring.

Paddy Breathnach’s powerful new film – drawn from a characteristically warm Roddy Doyle screenplay – owes more to Loach’s recent I, Daniel Blake but, like Cathy, it burns with a raw, insistent urgency. There are essential truths here.

A degree of calculation is apparent. Aware of the looming keyboard warriors who seek to find moral fault with any homeless person, Doyle has drawn on research to construct a credible picture of an ordinary family cast into an extraordinary situation.

Sarah Greene plays the title character, a mother-of-four with admirable reserves of patience. Moe Dunford is busy and furrowed as her husband John Paul, a kitchen assistant at an upmarket restaurant. Thrown into the street when their landlord decides to sell, they are forced to shuffle from hotel to hotel. Each afternoon, Greene slaps an ear to her phone and – intoning the same mantra about the corporation credit card – seeks to house the family for one more night.

Set over a 36-hour period, the picture is staggeringly efficient in its detailing of the practical and emotional pressures that assail such people. Rosie takes audible breaths to calm herself before offering a polite voice to the next hotel receptionist. John Paul has to juggle work with appointments at potential properties. The children cope well enough, but one eventually gives into forgivable temptation.

The effect is correctly oppressive and claustrophobic. Cathal Watters’s camera stays with the family when they are forced into their car and only occasionally joins the outsider looking in.

Doyle’s durable humanism does, however, provide some light in the darkness. The mechanism of society has become clogged, but Rosie wastes no time blaming those who merely maintain the cogs and levers. John Paul’s boss is a good fellow. The hotel staff is largely polite.

The film’s most harrowing moment comes when Rosie is confronted with a teacher who is forced to repeat insults from the playground. The mother’s unjustified shame is as harrowing as any greater tragedy in recent naturalistic cinema.